Tag Archive for: Tuberculosis in Kiribati 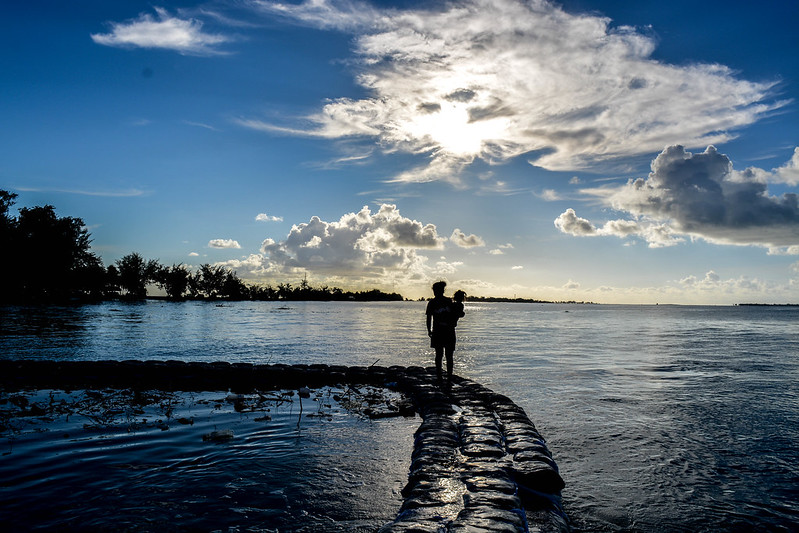 Kiribati is one of the world’s smallest countries, located in the middle of the Pacific Ocean. The 30 plus islands that together form Kiribati may be small and house a population of a little more than 100,000 people, but Kiribati is modernizing every day. The country only became fully independent in 1979 after a history of colonialism, and it joined the U.N. in 1999. Today, one of the biggest threats it faces is tuberculosis (TB). Of all the neighboring pacific island countries, Kiribati has the highest incidence of tuberculosis with a report of 349 incidents per 100,000 in 2018. While tuberculosis is endemic in Kiribati, the situation is far from hopeless. New scientific approaches to diagnosing and treating tuberculosis are making it possible to eradicate the disease in the future.

Tuberculosis is directly related to overcrowding. While there are 33 total islands of Kiribati, only 20 of these islands are inhabited. Moreover, almost all of these islands are very sparsely inhabited, with around 64,000 inhabitants living on the main atoll, Tarawa. Though the nation does not boast a large overall population, the population density of the country is one of the highest in the world. Tarawa has a population density on par with major cities, like Tokyo and Hong Kong. This high population density means that most households in Kiribati are vastly overcrowded, creating a greater likelihood of spreading tuberculosis. Oftentimes, the housing lacks proper construction or proper ventilation, which also impacts the spread of TB. On average, households in Tarawa have between eight and nine people in them.

Tuberculosis and diabetes are often co-morbid illnesses causing major concern in Kiribati, which has one of the top 10 highest rates of diabetes in the world. In Kiribati, between one fourth and one-third of adults have diabetes, so the likelihood of having tuberculosis and diabetes is quite high. In fact, one-third of citizens with tuberculosis are also diagnosed with diabetes. This is so prevalent because diabetes can impact the treatment of tuberculosis. As a result, most of the citizens with both diabetes and TB have the infectious form of TB. This means that they pose a greater risk of spreading the illness to other members of the community.

While tuberculosis is a serious concern to citizens of Kiribati, there are groundbreaking efforts to speedily diagnose and treat tuberculosis. Addressing TB is one of the country’s top priorities. In conjunction with organizations like the Global Fund to Fight Aids, Tuberculosis and Malaria, Kiribati has managed to acquire modern diagnostic tools like portable X-ray machines. In recent years, another strategy that targets specific “hotspot” areas has proved incredibly useful in diagnosing TB in the early stages. This process focuses on areas known to have the greatest likelihood of TB by using patterns from past years to locate the most at-risk communities. After locating these communities, citizens of the area participate in screening for TB. In 2019, during a hotspot case study, healthcare workers screened 3,891 people for tuberculosis in less than two weeks. Over the course of the 11 days, they diagnosed seven new cases.

In the past few years, the general fear of tuberculosis in Kiribati has greatly diminished. With the new systems in place to screen, diagnose and treat TB, citizens have become more aware of how to prevent the spread of disease. The new systems also allow more citizens who may be living in poverty or isolated areas to access treatment. Healthcare workers go directly into the villages within each hotspot, allowing citizens to easily walk to clinics for screening. At these clinics, they receive prevention tips, pamphlets and a better understanding of how to care for themselves and those around them.

Despite overcrowding and comorbidity with diabetes, the future of tuberculosis in Kiribati is looking up. With only 323 cases in 2018 after 745 new cases in 2007, the numbers are slowly decreasing. With increased awareness and prevention tactics, along with modern technology and hotspot screening, it is hoped that this trend will continue.