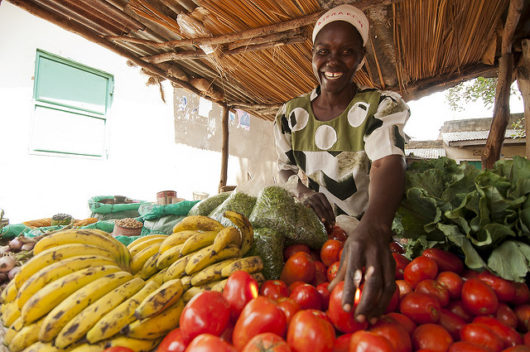 Africa is expected to double its population by 2050, raising some alarms of the possibility of increasing already high poverty, unemployment and food insecurity rates. In response to these worrisome predictions, and capitalizing on Africa’s burgeoning industrial and technological industries, one company, Gambia’s Tropingo Foods, has established a business plan that sets out to tackle these issues and modernize agriculture in Africa

The Current State of Africa

Africa is no stranger to poverty. In fact, more than 40 percent of Africans still live below the poverty line. Part of the high rates of poverty can be explained by the unemployment rate since six of the top ten countries with the highest unemployment rates are in Africa. Poverty and unemployment have led to a huge problem with food insecurity. More than a quarter of sub-Saharan Africa’s population over the age of 15 suffer from food insecurity. Though farming accounts for 60 percent of jobs in Africa, production must increase dramatically to match population grown in the coming years.

While the continent has made and continues to make technological strides across a variety of markets, production processes for agriculture in Africa have remained, for the most part, as they have been for years. As African farmers face population growth, changes in climate that may reduce rainfall, which accounts for 90 percent of agricultural irrigation, and the high cost of essential fertilizer, they will need to adapt and utilize technology for their industry to sustain these changes.

Tropingo Foods and Agriculture in Africa

Despite a large amount of farming in Africa, the continent only accounts for two percent of the world’s agricultural exports. Aware of this gap, Mommar Mass Taal, a young Gambian entrepreneur, created Tropingo Foods in order to pragmatically and sustainably address these problems. With a background in economics and market development, Taal has created a business that makes use of modern technologies vital to success. In just a few years, Taal has turned Tropingo Foods into Gambia’s largest processor and exporter of groundnuts, producing dried mangoes in the offseason.

As his business grows, he acknowledges that he will need to increase the number of employees, with 120 of the current 140 employees being women, as well as increase partnerships with local farmers. While Taal has had success in the industry, he is pushing the Gambian government to fund vocational training to better prepare citizens for the workforce. In order to support the growing population, agriculture in Africa must increase by 60 percent over the next 15 years and the industry must begin to utilize modern technologies.

As African agricultural companies such as Tropingo Foods grow, they will increase the demand for employment and local farm production. However, investment from both within Africa and abroad will be necessary for this growth to be beneficial and sustainable. The World Bank has detailed a plan calling for $16 billion to fund agriculture in Africa in the face of climate change. While there will undoubtedly be challenges as the agriculture industry in Africa adapts to internal and external changes, if companies such as Tropingo Foods continue to seek pragmatic solutions, Africa may find itself playing a vital role in the world food export market.