Tag Archive for: Transportation in Lagos 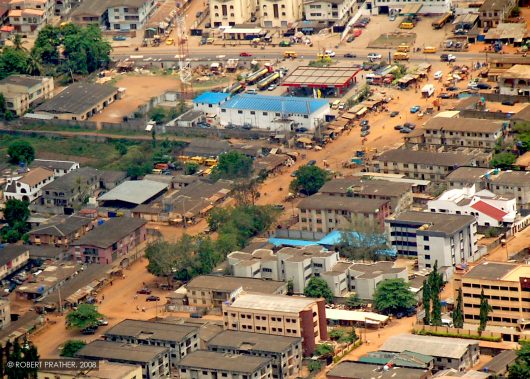 Nigeria has been the center of an African population boom, with its population doubling to nearly 200 million in the last 30 years. Lagos is in the center of this boom, recently hitting a population of 21 million people. In 2010 at a United Nations Forum, the director of the Lagos Metropolitan Area Transport Authority (LAMATA) proposed the idea of a rapid transit system to be built in Lagos. The goals of the rapid transit system in Lagos were to:

Lagos is considered a megacity, meaning a city with a population of over 10 million. The population growth in Lagos is faster than that of London and New York put together, with an estimated increase of 500,000 people a year. This boom has placed a major strain on the city’s public transportation system. Traffic congestion is a massive problem in Lagos, as it can take hours to travel just a few kilometers. This gridlocked traffic also contributes heavily to air pollution.

As Lagos grows, so does the demand for more land for housing, industry and social services. This has caused Lagos to spread outward into rural areas. As the rural areas become more populated, more people will need reliable transit to get to work or into the city for commerce and other services.

In 2010, the director of LAMATA proposed the idea for a rapid transit system in Lagos. This system consists of various buses that can fit approximately 30 people, running day in and day out to ensure residents can get to work, shops and back. The buses are often overcrowded and the roads are in poor condition and unable to handle the sheer volume of public transit. While the introduction of a rapid bus transit system in 2010 made great strides toward increasing economic opportunity and increasing connections, the rapid population growth makes it inadequate in addressing congestion and air pollution.

Since 2014, Lagos has been undergoing a massive project to expand its rapid transit system, providing more options for the unique situation of a rapidly growing megacity. In addition to the multitude of busses, Lagos is constructing a light rail system to be developed by LAMATA. LAMATA has proposed seven light rail lines in the new network: red, blue, green, yellow, purple, brown and orange.

The trains Lagos will use in its rapid transit system are known as Electric Multiple Units (EMUs) and are free of carbon emissions. This will continue to aid Lagos in its efforts to reduce air pollution. Furthermore, the EMUs are much easier and more cost-effective to maintain than diesel locomotives. A plan to construct 35 pedestrian bridges over roads and high traffic areas will also work to decrease congestion.

Not only does this plan include the production of light rails and pedestrian bridges, but it also addresses other growing infrastructure needs in the megacity. Other infrastructure improvements as part of the project are stations, control and communication systems, workshop training facilities for train drivers and a drainage system.

Originally, the rapid transit system in Lagos was only capable of transporting 220,000 people both ways in a day. With this new project, a single line is projected to carry 400,000 passengers daily, with a total capacity of 700,000 passengers upon the completion of the light rail system. The interconnectedness of the rapid transit light rail system will work to spur economic growth.

Along with the construction of the EMU trains and stations, many jobs will need to be filled to maintain a stellar experience that continues to attract current private transportation users as well as meet the needs of Lagos residents relying on the rapid transit system. Jobs to be created include working for station operations, station maintenance, ticketing, cleaning, information services kiosks and centers for other public transit needs.

Lagos, Nigeria and the continent of Africa will continue to experience rapid population growth as nations continue to develop. The rapid transit system in Lagos has worked to connect rural areas to centers of commerce, decrease road congestion and decrease growing air pollution. With the addition of EMU train light rails to the rapid transit system, these advancements will only continue increasing the appeal of the megacity to the rest of the world.