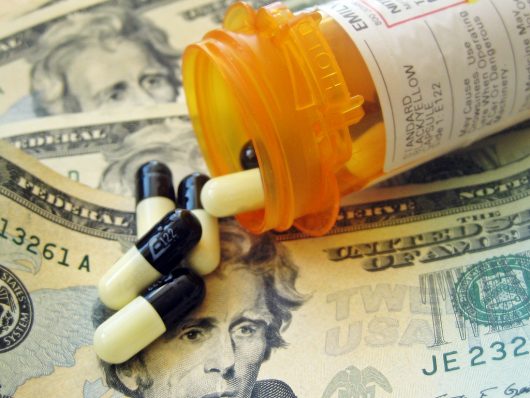 The Office of the United States Trade Representative hails the prospective Trans-Pacific Trade Partnership as a way to “[level] the playing field for American workers & American businesses” through a set of trade agreements between 12 different countries. The deal has been drafted, but not yet ratified.

At least six of the participant countries — including the United States and Japan, in order for the group to meet economic output requirements — must agree to the deal by February 2018 for the TPP to become a reality. Other potential participants include Malaysia, Vietnam, Singapore, Brunei, Australia, New Zealand, Canada, Mexico, Peru and Chile.

Negotiations regarding the TPP have been in progress for more than 10 years, and the goal of the TPP is to lower trade barriers and synchronize trade regulations between participant countries. The deal would affect 18,000 tariffs, most notably eliminating all textile and clothing tariffs and lowering tariffs on agricultural and industrial products. However, not all of the changes in tariffs would take place immediately following ratification.

The USTR advertises that the TPP would protect workers’ rights and the environment, set food safety standards, and maintain the openness of the Internet. However, there is much controversy surrounding the agreement, particularly as it relates to the price of medicine in Pacific Rim countries.

Doctors Without Borders, for one, calls the Trans-Pacific Trade Partnership “a bad deal for medicine,” because less-expensive generic drugs would be held off the market for a longer period of time. Drug patents would be extended, and the generic drug approval process would become more difficult for biologic drugs, in particular.

Pharmaceutical companies like Gilead and Bristol-Myers Squibb have voluntarily made agreements with generic drug manufacturers, to allow their currently patent-protected hepatitis C medications to be produced and sold more cheaply in low-income countries.

However, middle-income countries are excluded from these company-led initiatives, even though three-quarters of hepatitis C patients live in middle-income countries like the TPP participant, Malaysia. The extension of drug patents through the TPP could thus prevent patients in countries already excluded from such agreements with pharmaceutical companies, from accessing affordable medications for a longer period of time.

The USTR website maintains that the TPP would lower the cost of medications by eliminating tariffs. However, it does not address patents on pharmaceutical products or the effect that these patents have on the price of medicine in Pacific Rim countries.

The U.S. Congress can only ratify or reject the deal, in its current state, because the deal has been “fast-tracked.” Even so, the Trans-Pacific Trade Partnership has not yet been ratified, so its specifications can be re-negotiated with participant countries. Doctors Without Borders encourages constituents to contact Congress members and the president to request that the deal is not ratified until its patent and intellectual property rules for pharmaceuticals are revised.