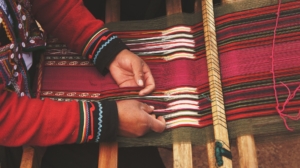 Guatemala, a country with a rich Mayan past, has a history riddled with trauma and violence which contributes to the country’s poverty level today. After a 36-year civil war that tore the country apart, healing for Guatemala has just begun. While the civil war and accompanying genocide of its indigenous people ended in 1996, the country and those affected have struggled to hold military leaders accountable, to find their missing loved ones and to have the world recognize the pain and suffering that took place from 1960 until 1996.

The civil war hit a peak in violence in the mid-1980s, when General Efraín Ríos Montt formed a coup and overthrew the government. General Ríos Montt started a bloody genocide where over 200,000 indigenous Mayan Indians were killed or forcibly disappeared, having yet to resurface today. General Ríos Montt was convicted of genocide in 2013 after being found guilty of massacring 1,771 members of the Mayan Ixil group. Despite this ruling, the conviction was overturned shortly after and General Ríos Montt died while a retrial was underway.

Throughout their country’s violence and unrest, the indigenous Mayan people remain very proud of their culture and want to uphold their traditions.  While around half of the population in Guatemala is indigenous, these Mayans have suffered through exploitation, discrimination and marginalization. Today, healing for Guatemala means protecting and celebrating the Mayan culture in the face of extreme violence and terror. One long-held tradition of the Mayan people is backstrap weaving, which is a method of weaving beautiful and intricate textiles for clothing and other material uses.

Many Mayan women today are still living well below the poverty line (which means living on less than $1.80 per day) and many indigenous women are illiterate. Only 73 percent of women over 15 years of age in Guatemala are literate, a proportion that is vastly skewed toward women who live in cities, not in the rural countryside of the Mayan people. Numbers of Mayan women who are illiterate are unknown because births are often not registered with the state of Guatemala. It is estimated that roughly 60 percent of the indigenous population are illiterate. Due to extreme poverty, in which nearly 80 percent of indigenous families fall, one in two children under the age of five is malnourished.

Many of these Mayan women do not speak Spanish, the official language of Guatemala. These women only speak their Mayan language, of which there are 21 in Guatemala alone. Because these women do not speak Spanish, they are forced to sell their meticulous weavings to a Spanish-speaking middleman for much lower prices. Because of the low rates these women bring home from their weaving, they often have no choice but to pull their daughters out of school to help bring in money for the household. Only one in four indigenous girls over the age of 16 stay in school while the remainder typically start working to help their household.

The Formation of Trama Textiles

During the height of the violence, when it was dangerous and possibly deadly to wear Mayan clothing, the Mayan women of the Guatemala Highlands formed Trama Textiles, a woman-owned cooperative focused on backstrap weaving. As Mayan men were “disappearing,” the women of the community banded together in order to support themselves and their families. They did so by doing what they always had: backstrap weaving.

Weaving with Trama Textiles not only provides a way for these women to deliver clothing, money and other support to their families, it also helps these women deal with their trauma. The 400 members of this artisan cooperative work together, exploring different colors and designs in their textiles. With the sense of empowerment and purpose the cooperative gives them, they are able to grow stronger and work towards a better future. At Trama Textiles, the women weavers who are producing the product are the ones setting their own pricing, not a middleman. Trama Textiles helps these women to uphold Mayan traditions while ensuring a better future for their children.

Trama Textiles provides a place of relief for many indigenous Mayan women of Guatemala. Not only is it delivering healing for Guatemala it is helping women in indigenous villages form a community in which they thrive. These women who are often illiterate and do not speak the same language as one another are able to come together to run a cooperative. They earn money and valuable business knowledge while showing the rest of the nation that peace and healing are possible after a violent and turbulent past. This process, with the help of Trama Textiles and other cooperatives like it, will help pull indigenous communities out of the poverty that the 36-year civil war imposed on them. With a rise in income, these rural communities will be able to let their children finish their education, which will continue the cycle of pulling them out of poverty. Cooperatives like Trama Textiles are imperative in healing for Guatemala and all those affected by the genocide.