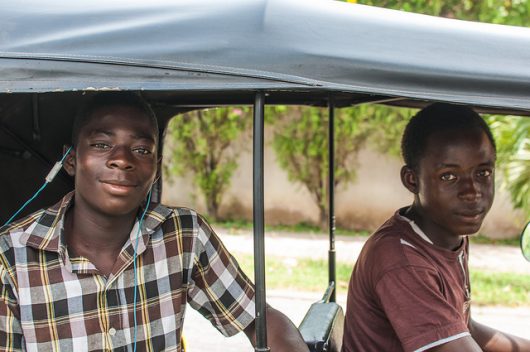 Almost 50 percent of Nigeria’s 180 million inhabitants live in extreme poverty, which is defined as living on less than $1.90 a day. However, the nation, noted for having the world’s largest population of people living in extreme poverty, is set for some distinctive paydays. In a show of national redemption, 300,000 households of Nigeria’s poorest will be gifted $14 per month for six years.

Recuperated Funds Put to Good Use

The unconditional cash transfers will come from the more than $322 million in recuperated funds, money originally looted by former Nigerian military ruler Sani Abacha, that had been recovered by Swiss authorities. The cash remittance was set to begin in July 2018 and will be administered to 19 of 36 states in Nigeria.

The redistribution of embezzled funds is a part of The National Social Safety Net Program (NAASP), operated by The World Bank. NAASP is a project that administers cash transfers to Nigeria’s poor and vulnerable households. Of the reported $2.2 billion that Abacha stole from the Nigerian state treasury during his five-year reign that ended after a fatal heart in 1998, Switzerland has so far returned an estimated $1 billion to Nigeria over the last 10 years.

The World Bank currently administers 475 social safety net programs in 146 countries, serving over 1 billion people in developing countries. However, only 345 million people living in extreme poverty are covered by social safety nets. According to the World Bank, unconditional cash transfers occur in 118 total countries worldwide with school-feeding programs being the most common type of social safety net. Cash transferred to women is said to influence the reduction of sexual and domestic violence and curtail the spread of sexually transmitted diseases.

These cash transfers have had noted successes in alleviating social ills that accompany extreme poverty. A 2016 study by The Overseas Development Institute reports associations with improved health service use and school attendance. The Nigerian government will also provide public primary schools with free meals in an effort to provide food and education to the nation’s underserved population.

Beginning in August 2018, the Nigerian government will issue the equivalent of $28 to petty traders through its Government Enterprise and Empowerment Program. The collateral-free loan initiative called Trader Moni aims to reach 2 million recipients by the end of 2018. Three states, Abia, Kano and Lagos will be Nigeria’s first beneficiaries. The state of Lagos will lead the way in August with thousands of loan recipients across five markets.

The Trader Moni loan stipulates that beneficiaries are eligible for additional loans between $42 and $138 providing that the initial $28 is paid back within the original six-month term. There are several requirements for the Trader Moni loan—the applicant must be a Nigerian citizen, 18 years old or above, a business owner or trader and be a member of a market cooperative union. Furthermore, applicants must have valid identification, a bank verification number and valid phone number registered with a service provider.

In addition to Trader Moni, a new government initiative for Nigerian business growth is underway. Vice President Yemi Osinbajo announced that the government will provide Micro, Small and Medium Enterprises (MSME) with a credit facility between $5,567 and $27,837. Osinbajo established the MSME Clinic in 2017 as a means to promote economic growth in Nigeria.

Partnering with The Central Bank of Nigeria and commercial banks, MSME loans have terms of five to seven years, an interest rate of 5 percent and require little to zero collateral. The Nigerian government also plans to provide MSMEs access to cluster-style facilities. The facilities are said to have affordable usage fees.

Cash transfers, though a short-term solution, accessible loans, and economic diversification are tools for extreme poverty alleviation and, to some extent, maintain President Buhari’s mission of reducing poverty through diminishing unemployment rates and supporting small and medium-sized businesses in Nigeria.