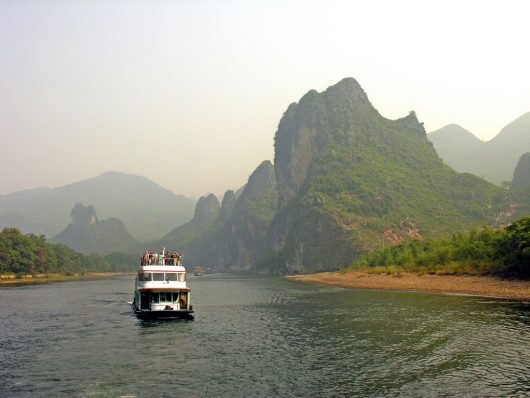 Three days after President Trump’s inauguration, he executed one of his major campaign promises: withdrawing the U.S. from the Trans-Pacific Partnership (TPP). Whether or not the TPP will outlast the U.S. withdrawal, China and fifteen other regional partners have forged ahead with a free-trade agreement of their own, the Regional Comprehensive Economic Partnership (RCEP).

Many analysts have framed the differences between the TPP and the RCEP in terms of the balance of power between the U.S. and China, but for many of the countries involved, free trade is first and foremost an economic issue. Like most free-trade agreements, TPP and the RCEP center on tariff reductions. By liberalizing the international exchange of goods, many economists believe increased competition will stimulate growth in each country’s comparative advantage.

While the TPP aimed to remove tariffs completely on over 90 percent of traded goods, the Regional Comprehensive Economic Partnership attempts to merely reduce tariffs on only 80 percent of goods. The TPP also went further in attempting to curtail government-subsidized industrialization and implement environmental and labor regulations.

Despite the projected benefits for all countries involved, free trade agreements have been criticized for their potential harm to workers. Not only President Trump, but presidential candidate Bernie Sanders advocated for leaving the TPP. Senator Sanders held valid concerns about the continued widening of the international labor pool for American companies.

Indeed, despite the TPP’s projected contribution of 0.6 percent to U.S. GDP, this growth would have occurred in only the country’s comparatively advantageous sectors such as agriculture and advanced technologies, at the expense of every other sector. In the process, workers in less efficient sectors would experience displacement and, without a safety net, suffer in the near-term. On the flipside, the TPP would have contributed more than 10 percent GDP growth to countries like Vietnam and Malaysia, each willing to capitalize on their low labor costs.

In India, though, one of the potential signatories of RCEP, concerns about the displacement of its agriculture industry have slowed negotiations. The Indian parliament is hesitant to liberalize trade and capital flows for fear of allowing large agribusinesses to displace millions of small farmers. Though the end result of structural change may very well be improved efficiency and cheaper food, the transition will inevitably feature dispossession.

Despite minor setbacks, one of the final differences between the TPP and the RCEP is that the latter has a greater chance of coming to fruition. If it does, and only time will tell, economic integration will certainly bring growth, and disruption, to its signatories.