Tag Archive for: Tourism in Samoa 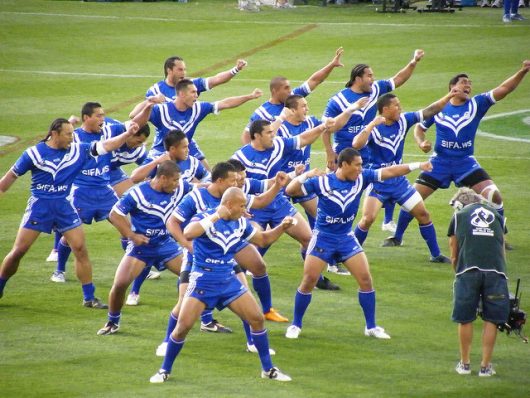 Located in the region of the world known as Oceania, the islands of Samoa make up a nation that has been able to successfully sustain its economy since gaining its independence from New Zealand in 1961. A nation known for its sacred family values, the island of roughly 195,000 citizens is largely dependent on its agricultural and fishing industries.

In recent years, the island nation has been highlighted in the media for its obesity epidemic, due to the nation’s low Per Capita Income of $5,965. This has caused many families to turn to cheap food products, which are usually high in calories, in order to survive. In spite of the nation’s ongoing struggle with its obesity issue, what may often be overlooked is how the media misrepresents Samoa.

History of Samoa: A Future with Promise

Samoa is a nation composed of citizens that have withstood colonization as well as threats from natural disasters, such as the 2009 earthquake in the Pacific that induced a tsunami. The nation’s current GDP is roughly $830 million, which is not a substantial amount of money for the economy.

However, in recent years, the nation has made several milestones that allude to economic progressions, such as joining the World Trade Organization. The nation has also advocated more for women’s rights by developing a quota system to ensure that more women receive the opportunity to participate in governmental affairs.

How the Media Misrepresents Samoa

Although Samoa has its domestic challenges to overcome, the island has long been producing some of the most talented athletes the world has ever seen. The media misrepresents Samoa by shedding light on the nation’s obesity epidemic, rather than on the athletic talent that has given a good reputation to the nation.

Samoa is referred to as “Football Island” because of the significant number of American NFL football players that come from there. Samoan men have been recognized for their athletic capabilities over the years and have been recruited to football and rugby teams in New Zealand, the United States and Australia.

Women have also made their mark in the sports industry. Women athletes have made history for Samoa by winning coveted sports awards. One such award, achieved by Sergeant Latoya N. Marshall, was the Female Athlete of the Year award by the All-Army Sports Office.

Another internationally-recognized female athlete is weightlifter Ele Opeloge, who brought attention to Samoa over the years for her weightlifting performances in the 2008 and 2012 Olympics. Opeloge was awarded a silver medal for her performance in the 2008 Beijing Olympics and continues to receive recognition from the media for her achievements.

Another industry that remains promising for Samoa is the tourism industry. The nation hosts a natural, tropical scenery that attracts people from all over the world, and according to the U.S. Central Intelligence Agency, Samoan tourism makes up roughly $207.5 million of the nation’s GDP and 132,000 tourists visited the island nation in the year 2013 alone.

Oceanian culture has also gained a wider international influence, an influence that has the potential to attract more tourists to the region over time. One recent example is with the release of the widely successful Disney film “Moana,” an animation about a figurative princess from the island of Tahiti that has grossed over $600 million.

As Samoa continues to rise above its struggles with domestic obesity, a weak economy and threats from nature, the nation shows great promise. Several industries have brought the nation positive recognition in the international media, overshadowing the multiple ways that the media misrepresents Samoa.