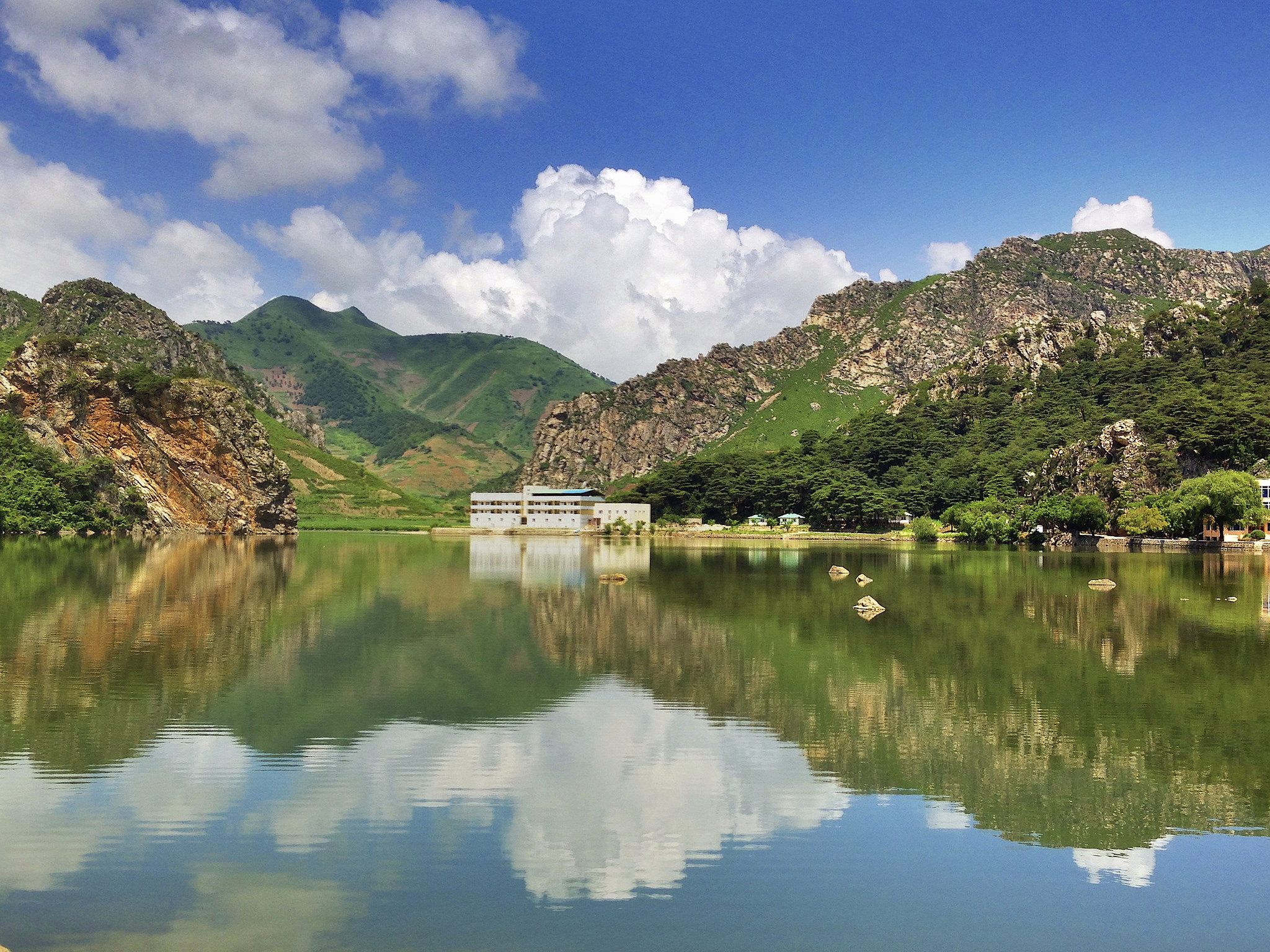 Flagellation, beating and electric shock are among the injustices migrants and refugees have allegedly suffered in several Libyan detention centers, according to testimonies gathered in a Human Rights Watch investigation carried out in April. These detention centers, which are operated by the Libyan government, are home to as many as 6,000 people, most of whom are captured either while trying to flee to Europe via the Mediterranean Sea or attempting to illegally enter Libya.

Though the government has been unsuccessful in catching the majority of those illegally entering or exiting the country–approximately three million illegal immigrants reside in Libya, while over half a million individuals are estimated to have their sights set on Europe–these detention centers remain extremely overcrowded and those detained are subject to poor sanitation conditions. In addition, the detainees are denied not only proper medical care, but also legal representation and trial prior to entering the detention facilities.

A representative from HRW who reported accounts of male guards inappropriately strip-searching women and girls noted that the unstable political situation in Libya is no excuse for the “torture and other deplorable violence” occurring in detention centers run by the government. Other testimonies detailed incidents in which guards violently attacked men and boys, digitally raped women and girls, and hung individuals from trees in order to beat them.

HRW has instructed Italy and the countries comprising the European Union to withhold international aid to the detention centers until the abuses cease. In the next four years, those countries were to invest a combined 12 million euros (roughly $16.4 million) into rehabilitating these centers. Now, most of that money will be invested into Libyan NGOs. A small amount will be still committed to rehabilitating several of the detention centers violating Libya’s international obligation to protect all on its soil, including those in detention centers.

Should the abuses stop, Italy and the EU are to convene with the Libyan Interior Ministry on how to best use aid to bring all detention centers up to international human rights standards.

These reports of torture come at a crucial time, as the numbers of migrants and refugees in Libya is not only at a record high but expected to continue to grow within the next few years, especially if the political uncertainty currently plaguing Libya persists. Those who have already experienced torture in these detention centers are at increased of risk of poverty upon their release, as the psychological and physical stress they have endured may prevent them from seeking or sustaining employment.

Ending torture, wherever it occurs in the world, should be at the forefront of international aid agendas not just because it endangers those who currently suffer from it  but also because it will affect their lives negatively thereafter as well.

This week marked the anniversary of the International Day in Support of Victims of Torture.

According to the United Nations, torture as a practice seeks “to annihilate the victim’s personality and denies the inherent dignity of the human being.”

The U.N. General Assembly adopted resolution 52/149 in December 1997, a resolution that proclaimed June 26 as the U.N. International Day in Support of Torture Victims. Believing torture to be “one of the vilest acts perpetrated by human beings on their fellow human beings,” the resolution maintains the intention to completely eradicate all torture measures and practices.

Torture practices used today include the controversial waterboarding, sleep deprivation, force feeding, electric shock and cold cell, among others. Rape, beatings and public sexual humiliation are also considered to be forms of torture as they are measures used to inflict pain upon other individuals. Countries, including the United States, continue to use enhanced interrogation techniques to obtain information from suspected criminals or terrorists. Many believe these techniques qualify as acts of torture.

“As we honor the victims on this International day, let us pledge to strengthen our efforts to eradicate this heinous practice,” U.N. Secretary-General Ban Ki-moon said.

While many countries do not make use of torture practices, 41 countries have not ratified the Convention Against Torture and thus allow and continue to use practices deemed to be inhuman by the U.N. In fact, Amnesty International’s 2013 Report stated that 112 of 159 countries practiced torture methods in 2012.

“Torture is an unequivocal crime,” U.N. High Commissioner for Human Rights, Navi Pillay, said. “Neither national security nor the fight against terrorism, the threat of war, or any public emergency can justify its use,” Pillay said. “All States are obliged to investigate and prosecute allegations of torture and cruel, inhuman or degrading treatment, and they must ensure by every means that such practices are prevented.” 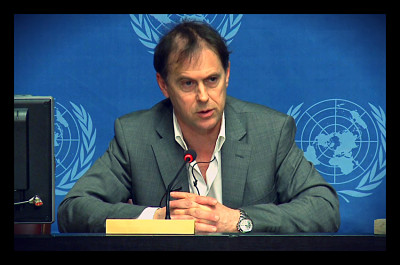 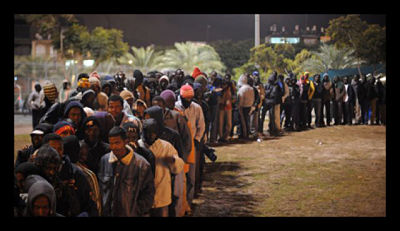 Various Bedouin tribes have turned the Sinai Triangular Peninsula into a nightmare for Africa with their torture and human trafficking. The tribes profit through their kidnapping regime and ransom strategies, making millions of dollars in the process.

This kidnapping racket has existed for many years. Bedouin tribes snatch refugees during their flight from their home countries or while they are in refugee camps. Have left their homes to build a better life, the kidnapped victims largely originate from Eritrea, Somalia, Ethiopia, and Sudan, often on their way to Europe or Israel. There have been reports of bribed border-patrolmen who enable the kidnappings. The victims are next transported to Sinai, where they are tortured and held for ransom. Oftentimes, they are sold multiple times, passed from trader to trader with new ransoms each time. The ransom fees reach up to $50,000, an impossible amount for most African refugee families.

While held in the camps, sickening acts of torture take place. Various forms of physical torture, sexual torture, and starvation are among the most common. One means of transport involves placing the victims in metal shipping containers without ventilation or toilets. The Physicians for Human Rights director, Shahar Shoham, has reported over 1,300 individual incidents of torture in Sinai alone. However, Shoham reports the majority of torture cases go undocumented. Known torture methods include upside-down hanging, electric shocks, and pouring liquid plastic on them, sometimes while on the phone with their families in an attempt to scare their relatives into providing the ransom money.

According to the New York Times, abductors have captured over 7,000 refugees, with 4,000 of their victims dying durring imprisonment. Even if captives manage to escape or be released due to a paid ransom, their situation remains bleak. They are left to wander around the Israeli border and attempt to make the dangerous border-crossing. They must also avoid Israeli and Egyptian police, or risk being arrested or deported back to the countries they originally fled.

Even with all this information available, little is being done to address the problem. In fact, the problem is reported to be worsening. Friendly Bedouin tribes offer assistance to escaped torture camp victims, but do not have the political clout necessary to make any real change. Opponents of the torture camps fear a massive bloodshed if any attempts are made to stop the kidnapping heists. The Egyptian government has essentially turned a blind eye on this deadly region as well, leaving these victims on their own to fight for their rights.