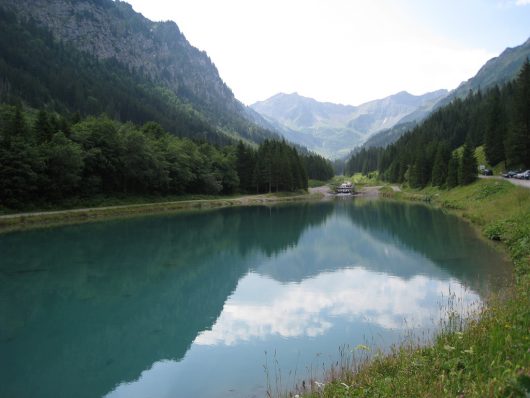 Until the end of World War 1, Liechtenstein was under control of the Austrian Empire and then later was controlled by Austria-Hungary. The princes in the country maintained control until the end of the war, in which economic devastation caused the country to create a monetary union with Switzerland. The country has since regained total independence and has struggled to grow its economy since. The top diseases in Liechtenstein are mostly preventable with proper healthcare.

The poor state of health care in Liechtenstein has led to there being little access to health care for many citizens. This article hopes to highlight the top diseases in the nation.

Hepatitis B
One of the top diseases in Liechtenstein is hepatitis B. Hepatitis B is a disease of the liver that is primarily spread through bodily fluids. The citizens of this country often contract this disease unknowingly through sexual contact or medical treatment. Although medical care is a necessity in the country when a citizen is going through a medical concern, many avoid going to the hospital to avoid getting sicker by contracting this disease.

Influenza
Although influenza may seem like a disease that is not dangerous to many in the developed world, influenza is one of the top diseases in Liechtenstein. The flu season usually runs from November to April and is caused by a virus spread from person to person.

The poor economic state of the country coupled with the poor infrastructure in the region has created the perfect conditions for influenza to be a major killer in Liechtenstein. The winters of the country are frigid due to its location and this combined with a lack of access to heated environments allows the flu to spread quickly in the nation.

Furthermore, many citizens avoid going to the hospital because of inadequate medical standards in the country. The prevalence of influenza on top of many people not treating it properly have continued to allow this easily treatable disease to be a major killer in the country.

Tick-Borne Encephalitis
Tick-borne encephalitis is a disease present in some areas of Liechtenstein and has become one of the country’s most dangerous diseases. The disease is a viral infection that affects the central nervous system which soon leads to death once a person contracts the illness. The condition usually gets caught when a person consumes unpasteurized milk products.

Due to the lack of food regulations in the country, tick-borne encephalitis has become rampant in regions of Liechtenstein that rely heavily on dairy products. Although vaccinations are available for citizens in Liechtenstein, they are too expensive for many people causing them to catch the illness.

The top diseases in Liechtenstein are issues that people in developed nations do not struggle to avoid. Proper health care, alongside food and sanitation standards, would allow the country to avoid having its citizens catch these illnesses

Supporting organizations such as the Red Cross and other nongovernmental organizations will allow the vaccines needed for the people of Liechtenstein to avoid catching these diseases. Support could take the form of a donation or even volunteering one’s time. The best part is the top diseases in Liechtenstein are easily preventable. All it takes is a little effort from groups of people who care to make a change.