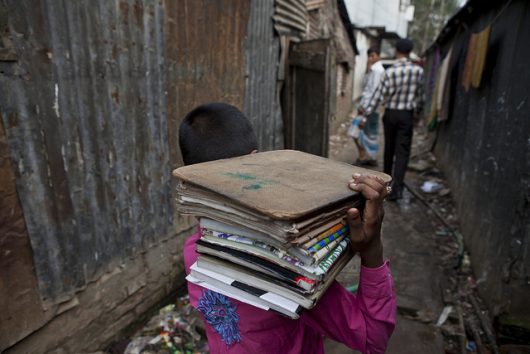 The term “Third World” is often used to describe the impoverished nations across the globe. According to Business Insider, the following list represents the 20 most impoverished developing countries from lowest to highest by GDP per capita:

Eighteen of these countries are in Africa. The widespread famine and war that have plagued the continent for decades, along with the hardships resulting from several nations’ recent independence from colonial European powers have all contributed to the poverty endured in the country.

Of the numerous conditions that perpetuate poverty within the countries listed above, three factors dominate: drought, political instability and failure to harness resources.

Water shortage has long been cited as one of the leading contributors to poverty. Severe droughts afflict nearly every third world nation on this list, causing a domino effect of failed crops, health concerns and further impoverishment.

Governmental instability prolongs poverty by fragmenting nations. Lack of political security and centrality undermine every inferior structure within the national hierarchy. Corruption, dictatorships and military rule impede economic development by institutionalizing instability and failing to address the issues that arise from poverty.

Although some of these countries contain valuable resources, few third world nations possess the capital to develop proper infrastructure. This results in an inability to exploit these assets or yield any profit from them.

The three poorest countries in the world, The Democratic Republic of Congo, Zimbabwe and Burundi, all have a GDP per capita of $400 or less, according to Business Insider. This is less than one one-hundredth of the United States’ GDP per capita.

So what’s the good news? There are tangible solutions to these three problems, and several developing countries are already beginning to pursue them.

Rwanda, rich with minerals and having received external aid after the genocide, shows signs of hope. Guinea and the Central African Republic show promise as well, if they can advance their industries and attain political stability. The Togolese Republic, working to repair its relationship with the international community and improve productivity through market privatization and foreign donor support, is experiencing some economic progress.

External contributors, such as the United Nations and non-governmental organizations, are supporting industry development and helping lay the groundwork for business in third world countries. Local governments are slowly shifting from military leadership to democracy. The progression of technology is creating more efficient ways to grow crops and utilize existing water sources.

The third world countries listed above are still far from escaping the bondage of poverty. Their greatest setbacks are their limited means for improving their conditions. But with the intervention and assistance of external powers, the improvement of infrastructure and the development of autonomous governments, there is potential for progress.