Tag Archive for: The Strongheart Group 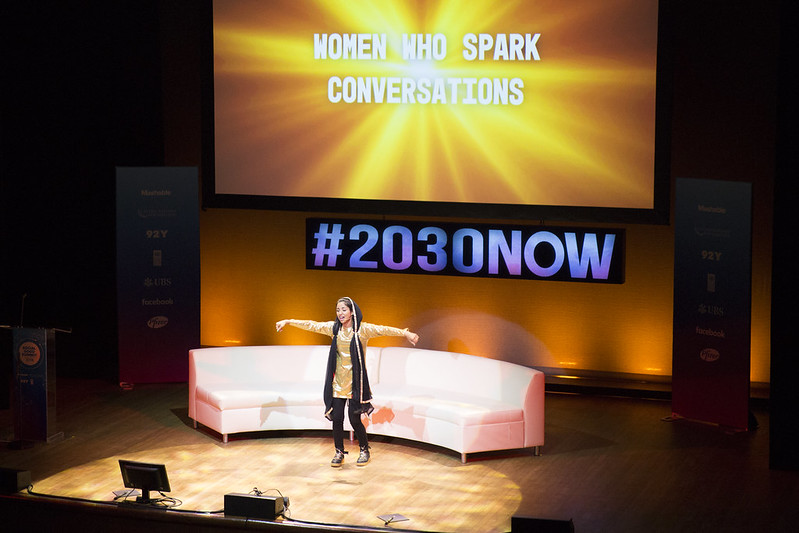 Sonita Alizadeh is a 22-year-old rapper from Herat, Afghanistan. She became an advocate for humanitarian issues such as child marriage in 2014 after winning $1,000 in a U.S. music competition where she wrote a song encouraging Afgan people to vote. Sonita’s music video “Brides for Sale” also premiered in 2014 on YouTube, kickstarting her career and garnering over one million views as of 2019. This article will focus on Afghanistan’s policies on child marriage, Sonita’s history and how Sonita’s advocacy is making an impact. All of these aspects highlight the importance of Sonita Alizadeh’s feminist advocacy.

In 1997, the Republic of Afghanistan permitted girls under the age of 16 to marry with the consent of their father or a judge under a civil code. In 1994, the Afghanistan government set the minimum age of marriage to 18, and in 2009 passed the Elimination of Violence Against Women (EVAW) law; yet people often do not implement protections. The advocacy organization against child marriage, Girls Not Brides, cites UNICEF’s statistics for child marriage in Afganistan as of 2017: 9 percent of girls marry by 15 and 35 percent marry by 18.

Child marriages that still happen in Afghanistan often occur for several reasons including a lack of female education, displacement, dispute settlements for rival families and traditional family values and practices.

Afghanistan has made progress such as making ending child marriage a sustainable development (SDG) goal by 2030. Afghan women, such as Sonita Alizadeh, are speaking out when the government is not helping them effectively. That is why Sonita Alizadeh’s feminist advocacy is vital; it gives the people that child marriage affects a chance to speak for themselves.

Sonita Alizadeh and members of her family escaped Taliban rule in Afghanistan and journeyed to Tehran, Iran. There, Sonita began creating music, although it is illegal for women to sing a solo in the country. Her music was about the hardships she had seen her friends endure in Afghanistan when their parents encouraged them to marry as young as 12.

Sonita had to advocate for herself at 16 when her mother visited her from Afghanistan. Sonita received the opportunity to return to her home country if agreed to marry. Her mother planned to have a dowry set with a man for $9,000 for Sonita as a bride. This prompted Sonita to make her first YouTube video in response to her predicament, the video “Brides for Sale.” The video got the attention of the Strongheart organization in the U.S. The group sponsored 17-year-old Sonita in 2014 with a student visa to attend Wasatch Academy in Utah on a full scholarship. Sonita’s first concert in America was in May 2015, and she began sending money home to her mother living in Afghanistan.

After moving to the U.S., Sonita Alizadeh used her platform to speak about child marriage. Her YouTube channel has 12 videos that range from her music to interviews to Sonita’s graduation speech from Wasatch Academy in 2018. Sonita uses her platform to educate the 11.1 thousand subscribers she had as of 2019. BBC listed Sonita as one of its 100 women people should recognize in 2015 and inspired a European documentary based on her life that premiered in 2016 and won a NETPAC Award.

Recently, Sonita debuted a new song at the 2018 Social Good Summit concert in New York City. As of 2019, Sonita attends Bard College in New York where she represented her school in the Women Warriors: The Voices of Change concert event at the Lincoln Center in September 2019. Organizations such as the Strongheart Group, Global Citizen and the Robert F. Kennedy Human Rights Organization support Sonita’s Alizadeh’s feminist advocacy.

The voices of Afghan women are vital in battling injustice. Sonita Alizadeh’s feminist advocacy highlights the determination of one woman to empower women forced into child marriages. The light Sonita sheds on the hardships Afghan women are also valuable as a form of advocacy, making those who did not grow up with her background understand the needs of women in dire situations.