Tag Archive for: The Square 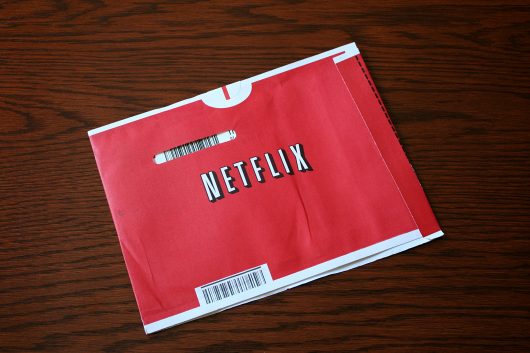 Here are five top documentaries to consider adding to your watch list.

5. How to Change the World (2015)
This documentary discusses the creation of the modern environmental groups and the rise of Greenpeace. 1971–the Nixon Administration orders the third underground nuclear test on Alaska’s Amchitka Island, site a WWII U.S. Naval air facility. The remote island, once home to the world’s largest runway, was an ideal location for the U.S. government to conduct underground nuclear testing. The film follows Bob Hunter, “a hippy journalist from Vancouver” and Greenpeace founding member, during a sailing voyage to Amchitka Island to protest the atomic testing.

4. The True Cost (2015)
Number 4 of the top documentaries to stream on Netflix, The True Cost features a “behind the curtain” story revealing hard truths about the fashion industry’s production system. John Hilary, the executive director of the “War on Want” captures the essence of the film: “When everything is concentrated on making profits, what you see is that human rights, the environment, workers rights get lost.” Organizations like Clean Clothes Campaign, BRAC, Fashion Revolution and Greenpeace continue to advocate for reform in the fashion industry. The film seeks to educate the public in order to stir support for campaigns like Fashion Revolution’s mission to reform the fashion industry “which values people, the environment, creativity and profits in equal measure.”

3. The Square (2013)
Tahrir Square certainly has its place going back long into history; however, five years ago it was the site of protests and an Egyptian revolution. Protesters like Khalid Abdalla, the British-Egyptian actor and star of The Kite Runner, occupied the heart of Cairo to protest the current government regime. The documentary features footage shot by protesters that capture the intimacy of their struggle. It’s a story about a people yearning for their rights to be heard and to “create a society of conscience.” The Square received a 2014 Oscar Nomination for ‘Best Documentary’.

2. The White Helmets (2016)
The White Helmets features a story about hope in the war-torn nation of Syria. In a nation wrought with death and destruction, the White Helmets claim to have saved 62,000 lives. The film offers firsthand perspectives into the civil war in Syria, exposing its horrors but also sending a message that the altruism of the human spirit will never fail. Though a bid for the Nobel Peace Prize was unsuccessful, supporters are actively campaigning to raise the $1 million that would have been awarded to the White Helmet rescue workers. The money will go to “treat wounded volunteers and replace rescue equipment and ambulances that have been bombed.”

1. Poverty, Inc. (2014)
At number 1, Poverty, Inc. tells the story of the multi-billion dollar business of charitable giving. Through well-intentioned donations, the charity industry generates enormous profits for certain businesses but does not develop recipient nations to become self-reliant. Instead, the preponderance of aid leads to dependency. The documentary encourages “empowerment” in order to eliminate the mindset of dependency on foreign aid. Winner of 30 film festival honors, Poverty, Inc. tells an incredible story of hope and charts a general path toward finally eradicating extreme global poverty.