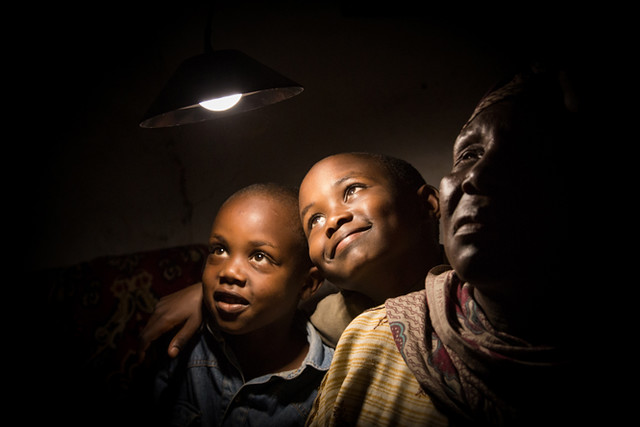 In today’s fast-paced and technological world, it is easy to take everyday things for granted. Millions of people have lights, electric stoves and numerous electronic devices at their fingertips. However, there are an estimated 1.1 billion people across the globe who do not have access to basic electricity. These areas often lack development from big companies that would create job opportunities. Thus, it is no surprise that many areas that suffer from “energy poverty” are among the same areas that hold the highest rates of international poverty. Rock climber Alex Honnold identified the intersection between electricity and poverty and decided to take action. In 2012, Honnold created his own nonprofit organization called the Honnold Foundation.

Alex Honnold is known for his role in the documentary “Free Solo.” The adventure climber rocketed to fame when he became the first climber to ascend Yosemite’s 3,000 foot El Capitan wall without the assistance of any ropes, harnesses or other protective equipment. He has gained a large international following from his successful climbs of the biggest cliffs in the world. But, Honnold is equally well known for the strong work ethic and humble attitude he carries with him.

As Honnold began to gain attention for his impressive climbing skills, he had many opportunities to join climbing trips to various remote places around the world that were sponsored by different brands. In preparation for his travels, Honnold would often read books about each of his destinations to learn more about the area. He soon began to develop an understanding of climate change issues, social justice efforts and environmental problems. Honnold also witnessed them first-hand in many of his expeditions. On an eye-opening trip to Chad in 2010, Honnold recalled driving through entire villages without access to power.

Honnold continued to educate himself on these issues. In 2012, Honnold and his longtime climbing partner Maury Birdwell dreamed up the Honnold Foundation. Its vision is to fight poverty, improve lives and reduce environmental impact via solar projects around the world. Poverty and global warming were the two most concerning issues that came up repeatedly in Honnold’s research and experiences. Honnold and Birdwell found that both issues could be resolved by the promotion of solar energy.

They developed the idea on the way home from a climbing trip. With Yosemite as their office, the founders of the Honnold Foundation tweaked and honed their ideas into a cohesive and forward-thinking organization. Honnold believes that access to electricity is essential to improving people’s lives. Since its inception, Honnold has consistently given a third of his income to the Honnold Foundation each year.

The Honnold Foundation is a nonprofit public charity that provides funding for solar power initiatives that tackle global energy inequality through environmentally sound means. In recent years, the organization has honed in on four main nonprofit organizations: SolarAid, GRID Alternatives, The Solar Energy Foundation and Northern Navajo Solar Entrepreneurs. Each organization focuses on a unique element of solar expansion and share the unifying mission of transitioning people to solar energy.

There have been several projects to date. One project furthers the efforts of SolarAid to replace polluting and dangerous kerosene lamps in Malawi and Zambia with solar ones. Another is advancing pay-as-you-go financing for solar energy systems in Ethiopia through the Solar Energy Foundation. It installs affordable solar power through GRID Alternatives to off-grid low-income communities. Furthermore, it promotes solar education in community hubs and supports long-term entrepreneurship programs to increase solar energy in Navajo communities.

Solar power is cheap, reliable, safe and variable in its applications. When asked about the great work he is doing with solar energy through his foundation, Honnold often brings the attention back to what this energy is doing for the people in these communities. Many organizations exist to support the basic necessities of food, shelter and water, which are all essential components. Without electricity, there can be no sewing machines or rice mills. Job opportunities are scarce.

Solar electricity gives people access to education, better living conditions and economic advantages. Solar power helps reduce environmental impact worldwide, but especially in regions that have never had electricity in any form. It can’t be expected for those living in poverty to care about sustaining the environment when their own basic needs aren’t being met. The Honnold Foundation aims to shed light on both the planet and poverty.