Tag Archive for: The Sahel Region 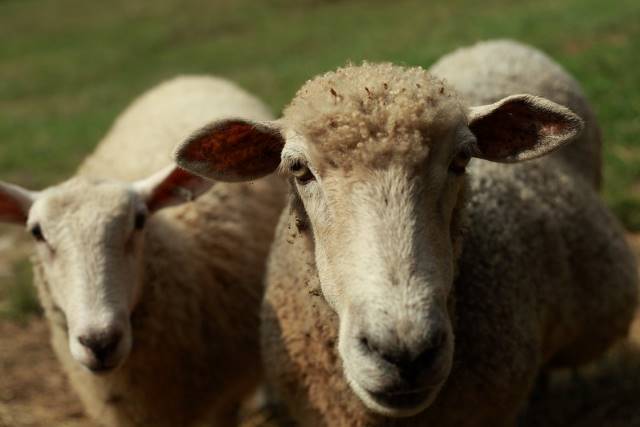 The Sahel region of Africa, a semi-arid region of western and north-central Africa, farms sheep, often prizing them as a rich source of income. Sheep livestock farming generates significant income because the sheep thrive in all environments, and the demand in Africa is high. The benefits of sheep farming in the Sahel region re-present themselves annually and allow more income than typical farming. Sheep farming in the Sahel region allows more income in a region where farms struggle in the arid environment, and the average income is less than $2 a day.

Farming Difficulties and Solutions in the Sahel Region

The Sahel region’s farming difficulties are numerous. The soil for farming lacks nutrients and makes it challenging to maintain crops. New technologies, such as the Delfino Plough, are currently working to combat this. The plough moves up and down acres of land and punches seeds and nutrients into the ground. Another challenge the Sahel region faces is a lack of water. Rainfall is less than 200 millimeters (mm) annually along its northern edges and often never more than 600 mm along the southern border. Despite the extra rain from the 2020 and 2021 rainy seasons, the soil is typically too dry to support long-term farming. However, if the excess rain continues, it will help the ground remain richer for longer.

Funding and financial backing for the Sahel region’s farms have been minimal, impacting the farms’ ability to grow more produce and generate more income. Meager income affects the number of proper farming tools farmers can acquire and does not help farmers when they try to create and sustain their farms. Useful and new farming tools are expensive. Banks have begun operations in the region. The banks must connect with local farms and help them create plans for saving money. Traditionally, some of the most profitable farms in the Sahel region have been the sheep farms.

Importance of Sheep Farming in the Sahel Region

The Sahel region’s sheep farms are essential because they provide vital income, quickly tradable goods and food security. In such an arid environment, the Sahel region’s farmers are experts at their crafts and know which crops will thrive as sheep farming offers alternative farming options. Sheep livestock farming guarantees at least one, if not multiple, sources of income from the animals, i.e., dairy products, wool/fibers for clothes and bedding and offspring to further the economic income. Additionally, sheep manure benefits the soils and feeds nutrients to the ground to help other farms grow their produce.

Demand for sheep’s wool reaches almost 2 million tons annually. Depending on which type of market one is selling wool in and which type of wool it is, the wool can earn the seller $15 to $20 per pound. The amount of wool produced depends on various factors, such as diet, gender, age, size, climate and more. Considering those factors, a sheep can make anywhere between two and 30 pounds a year. The shearing and raising of sheep allow for a quick return on profits because sheep fur grows fast and brings a profit. Later, the breeding of the sheep earns the livestock farmers extra income.

The profit from sheep farming in the Sahel region varies depending on the purpose of the sheep farms. If a farm is raising sheep solely for its wool, its income comes from what it makes by selling the wool. However, sheep farmers can also sell the animal’s meat or offspring should the farms begin breeding the sheep. Every dollar counts for the sheep farmers, especially in regard to how the costs of the farm balances with their income.

As almost 90% of the Sahel region relies on farming of some type, countless non-governmental organizations (NGOs) work to find solutions to the challenges Sahel farmers face. Sheep farming in the Sahel region is likely to be a practice that many other farms in the Sahel region take up because of its sustainability. With the help of the Sahel Alliance, farming practices are likely going to continue and remain a dominant source of income in the region.

The Sahel Alliance organizes efforts for projects across the Sahel region to preserve the region’s ways of life and raises money to fund projects aimed at local support. The projects are in fields like “education and youth employment” as well as “agriculture, rural development, food security” and “energy and climate” along with “governance,” “decentralization and basic services” and “internal security.” Helping farmers in the Sahel region is a primary goal of the Alliance and sheep farmers are a significant number of those farmers. With all the benefits sheep farming in the Sahel region brings, it is no wonder that it is vital to the region and likely to grow with the assistance of the Alliance.