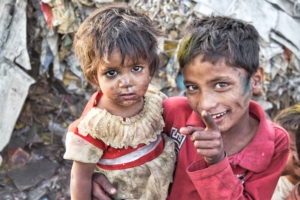 Despite over 700 million people living in extreme poverty, poverty alleviation strategies recently reduced those rates. Poverty is multidimensional, meaning there are more aspects that one should consider than low income and resource shortages. Poverty includes hunger, malnutrition, violence, lack of human rights and little to no health care. According to Our World in Data, the fast rate in economic growth and political support for improved living standards have improved the state of poverty alleviation in various countries. Socio-economic advancement stems from improved access to opportunities where the four common areas of focus are food, education, employment and security. Here are three parts of the world tackling poverty alleviation.

China has made considerable progress in tackling poverty alleviation by bringing citizens out of traditional rural lifestyles. In 2018, around 41 percent of China’s rural population was living in impoverished countrysides. In 2013, China set policies to promote socio-economic development. By registering individuals into a database, China implemented rapid strategies and programs to benefit the entire nation. Meanwhile, Beijing launched an anti-poverty campaign to bring these citizens into more urban locations.

Committing to development with infrastructure and improving tourism, the government helped villagers tremendously. The government strengthened financial support by providing proper funding for health, education, industrial development and agricultural modernization and better access to the internet. Specifically, the 2007 health reform addressed poverty alleviation by providing health care centers for men and women and improving the quality of these centers.

Additionally, the Guizhou Province gave millions of dollars to poor students in 2015 to provide meals to children during the day. Feeding the children increases confidence and improves performance in the classroom. China also built schools in rural and mountain areas to accommodate male and female students. Educating the young means future generations should be able to rise out of poverty as well.

Poverty alleviation also occurs from supporting livestock and crop production in regard to trade partners. Improving farming practices also decreases pollution throughout the country. The Ministry of Agriculture has fully invested in increasing sustainability within agricultural and technological development.

Government resources in Africa have been vital to the 13 percent poverty alleviation from 1990 to 2015. To combat corruption, Uganda created an anti-corruption action plan through the Ministry of Ethics and Integrity. Tanzania even followed these steps with a National Anti-Corruption Strategy and Action Plan. Other programs directed toward social welfare have also contributed to economic growth. By providing conditional cash-transfers, African citizens have more financial security. Promoting governmental transparency through the 2003 Extractive Industries Transparency Initiative (EITI) has protected citizens from violence at a political level.

Further, education for youngsters, with a target for girls and women, have slowed economic poverty; gender inequalities have traditionally set back girls and women in society. The Africa Educational Trust (AET) program focuses on self-empowerment and providing education for all, and is breaking the glass ceiling for African women. Improving inclusivity within communities by removing these women and girls from traditional societal roles inevitably protects from violence. Not only do women get the opportunity to progress in society, but fertility and child mortality rates decline through improved prenatal nutrition.

El Salvador stands out as one of the more impoverished countries in Latin America. However, in 2013, the poverty rate dropped from 40 percent to 28.9 percent. The government transformed the national debt by addressing historical conflicts that damaged the economy. Tensions between the government and gang warfare affected 16 percent of the country’s annual GDP. Addressing gang violence through the Youth Employability and Opportunities initiative gives children a future involving better education without the pressure of joining a gang to survive.

Additionally, health care and job investments have aided the country’s endeavors of poverty alleviation. The Strengthening Public Health Care System project invested in health services that have declined mortality rates and have improved disease prevention. Further, the El Salvador government partnered with the Millennium Challenge Corporation (MCC) in 2014 to focus on the youth by providing infrastructure and skills to stabilize the economy.

The Social Protection Universal System in 2014 assisted in the protection of the country’s citizens regarding human rights. Another danger to the country is natural disasters, which take a massive toll on the environment and safety of the large population. The government created the El Salvador Disaster Risk Management program to prepare for emergencies such as earthquakes and tropical storms, but it also addressed the recovery process after they hit.

Despite slower progress in some regions of the world, these three parts of the world are continuing to make tackling poverty alleviation a main focus. Investing in the wellbeing of people is a common practice in maintaining human dignity and saving countless lives every day. By establishing attainable goals and understanding the nature of poverty, countries can make significant changes for the future of the globe.