Tag Archive for: The River Between 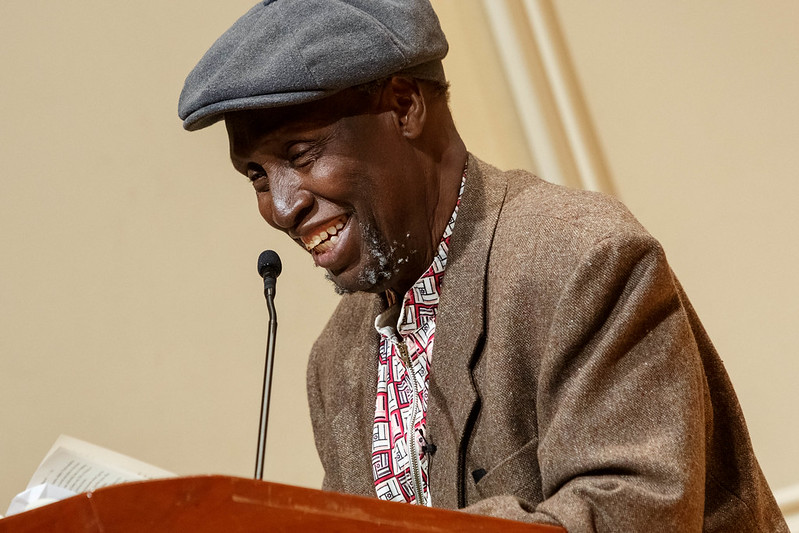 Ngũgĩ wa Thiong’o is a writer and academic from Kenya. His story shows the poverty and richness of the world in his childhood memoir “Dreams in a Time of War.” He begins the book about the escape that the act of reading provided him, how it metaphorically satiated his appetite when food was scarce. From his humble beginnings to his role as a human rights activist, scholar and writer, Thiong’o’s life charts a remarkable story that one must dissect to believe. Thiong’o’s story and work illuminate Kenya’s richness and poverty.

Colonizers named the country after Mount Kenya, Africa’s second-largest mountain. Colonized by Europe (like many African states), it is home to over 40 million people. Tanzania, Uganda, Somalia, Ethiopia and South Sudan border it and it boasts the third-largest economy in sub-Saharan Africa.

Although it has experienced poverty reduction over the past many years, around 38% of Kenya still lives in poverty, according to 2019 statistics. “The urban poverty rate remained statistically unchanged, and in fact, the absolute number of urban poor increased from 2.3 million to 3.8 million due to high population growth.” The Kenya of Thiong’o’s youth included war, political fodder and burgeoning national independence. The country first experienced WWII, and then the Mau Mau uprising, a war between the British and the Kenya Land and Freedom Army. The story of his education turned out to be emblematic of Kenya’s richness and poverty.

He was one of 24 children of his father and four wives. His childhood is an eye-opening blend of scarcity and wonder. Books and literature fed him but he lacked further knowledge. This, he found in his dreams and travels. In England, he studied at the University of Leeds and published his first two novels, “Weep Not, Child” and “The River Between.”

Soon after, Thiong’o had a transformative experience deconstructing the effects of colonization in his country. He began criticizing government interference in university settings and the English department’s lack of cultural relativism. His sustained denunciation of cultural and political matters in Kenya became the reason for his imprisonment under the Public Security Act. This was “for his involvement with a communal theater in his home village.”

Upon his release, he and his family went into exile. They spent the next two decades raising awareness of both indigenous African literature and the political situation in Africa. He went on to teach at Bayreuth, Yale, NYU and UC Irvine. He highlighted Kenya’s richness and poverty on a scholarly and literary level.

After more than 40 years of writing novels and plays, Thiong’o released what he termed a childhood memoir. “Dreams in a Time of War” chronicles both his youth and that of Kenya’s struggle for independence, legitimacy and homeostasis. In his book, he muses about his academic journey, which took him from Kamiriithu to London and the United States and back again.

It details his first train journey, first doting mentor and future dreams. Throughout the 250-page work, one comes to understand a mechanism of Kenya’s richness and poverty; there exists an intuitive work ethic melded with colonial history both of which fight against indigenous culture. Colonization left as a legacy, without proper dismantling of systems of oppression, leaves the hope for serious autonomy of people and culture difficult to maintain.

“Dreams” narrates the devastation of war and the tediousness of colonial bureaucracy. It follows a child on the outskirts of Nairobi enduring poverty. The child finds inspiration to travel to school, educate himself and dream of a life constructed from literature. The transformative effects of the stories he lived and read are similar to the story that his life tells, a circuitous and tireless hero’s journey that is as tragic in parts as it is magnificent in its whole.

The book represents a snapshot of a very difficult reality masked by childish wonder. If one wants to understand how a child might react to an environment of colonialism, Ngũgĩ wa Thiong’o’s memoir is the place to begin. The George Padmore Institute has archived The Committee for the Release of Political Prisoners in Kenya, of which Thiong’o was an active participant for many years and whose goal was to highlight injustices against citizens, including Thiong’o.

Kenya is a country firmly entrenched in the African economy, thus experiencing triumphs and struggles. Thiong’o’s memoir can teach the world about Kenya’s richness and poverty. It tells the story of a person living in extreme poverty who refuses to concede the human right to dream. It is in this paradox that the book proves transcendent.