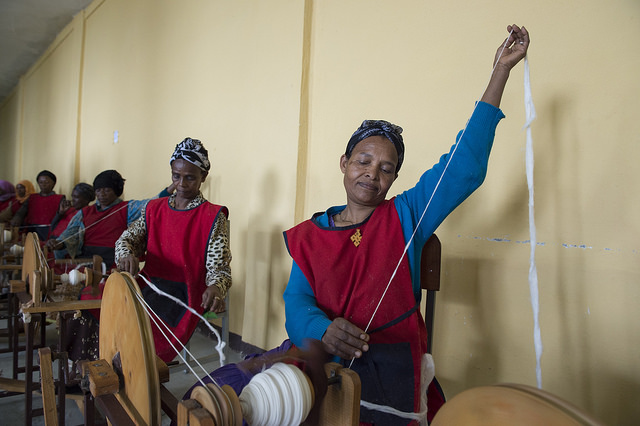 Ethiopia is an African country located on the east side of the continent. The country’s main persistent problem throughout the years has been poverty – it affects all citizens, but specifically affects the ones living in rural areas.

One reason for the prevalence of poverty is because Ethiopia’s economy is mostly based around agriculture and farming. Thus, whenever there is an occurrence of droughts, the population has to face hunger and a lack of basic resources to survive. Droughts have been very recurrent during the past few years in the country of Ethiopia.

Another increasingly severe problem in Ethiopia is the international trafficking of women and children. Along with it, domestic violence has been a recurrent problem that does not seem to be reducing with time.

Ethiopia’s constitution mentions how it provides equality for women, but the reality is that the application of this statement is sorely lacking. Most victims of abuse, rape, sexual assault or other criminal activities do not understand the legal procedures and rights that they have when going through the legal process. Thus, the victim’s ignorance along with the common belief in Ethiopia that husbands have the right to beat their wife creates an unsafe environment. Victims consider such acts as normal or understandable. Women’s empowerment in Ethiopia seems to be a concept that not even women in this African country are aware of.

The issue is that women’s inequality is an ancient problem that has not been resolved over time, as it has happened in other countries around the world. Thus, situations such as forced marriages and female genital mutilation are still taking place to this day.

Changing Ethiopian society’s view regarding women and children has – understandably – not proven to be an overnight process. The concept as a whole has been tackled by different organizations, including USAID, which has been a major advocate for womens’ empowerment in Ethiopia. Through talks, conventions, creating awareness and promoting reading clubs, women’s empowerment in Ethiopia grows every day a little more.

The Revolutionary Ethiopia Women’s Association (REWA) is an organization with up to five million members, which focuses on women’s rights in the African country. Reach for Change is another organization well known for its work towards women’s empowerment in Ethiopia. Whilst working directly with Ethiopian citizens, these organizations are working to create an awareness that will help make progress in empowering women in Ethiopia – something that has been a long time coming.