Tag Archive for: The Revolutionary Association of Women 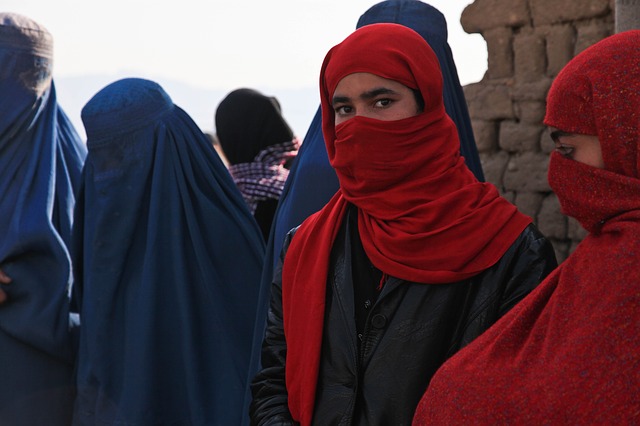 Afghanistan is a conservative and religious country where the existence of mistreatment of women still exists. In October 2011, an article published by Oxfam pointed out that the women who lived under the Taliban regime were not allowed to work outside their homes and were forced to wear a burqa. Women’s rights in Afghanistan suffer under these policies. However, as an act of resistance, Afghan women started an online campaign in 2017, titled #WhereIsMyName. The focus of this campaign is for women in Afghanistan to have the right to publicly reveal their names. These women want their names recognized. Despite facing repercussions for their mobilization, some Afghan women are still campaigning for their rights and the free use their names through the slogan “Where’s My Name”.

The campaign started three years ago when Laleh Osmany realized that she was fed up with women being denied what she thought was a basic right — the right to publicly use their names. Shortly after Ms. Osmany started her campaign, Afghan celebrities began supporting it, including singer and music producer Farhad Darya and singer-songwriter Aryana Sayeed.

In July 2020, demand has resurfaced yet again. This time, the right to have mothers’ names listed on their children’s documents was the key issue. For years, women’s rights activists demanded their names mentioned in official documents, including their children’s birth certificates. Similar to Afghan identification, birth certificates only carry the father’s name and even on a woman’s wedding card, her name does not appear. Only the woman’s father and future husband’s names appear. Moreover, the woman’s name also does not appear on her grave. This led the activist Wida Saghari, a single parent, to speak out and denounce her difficulties in obtaining custody of her child’s identity documents.

Due to the efforts of these activist women, many more people recognize the campaign, #WhereIsMyName, and its imposition is now much greater in Afghanistan. It is quite a common occurrence for family members in Afghanistan to coerce women into hiding their names from non-family members. The use of a woman’s name in public is an offense, per Taliban law. #WhereIsMyName recently made a big stride forward in its cause. The right of women to use their names is being studied to amend the Population Registration Law. This will allow women to issue their names on identification cards and birth certificates.

Campaign members have explained that they intend to identify issues before the Afghan government and enact rights to protect women. They also stressed that the movement worries that only 38% of women possess Tazkera, the country’s main identity document. Since the start of the campaign, organizations such as the Revolutionary Association of Women joined the cause by declaring their opposition to the current state of women’s rights in Afghanistan.

Although Osmany welcomes an amendment, she says that the country is very conservative and male-dominated. It is due to these circumstances, that many women would still face challenges in society, even if the law passes. One of these challenges is the gender-based violence seen in the country as 87% of women experience some type of violence.