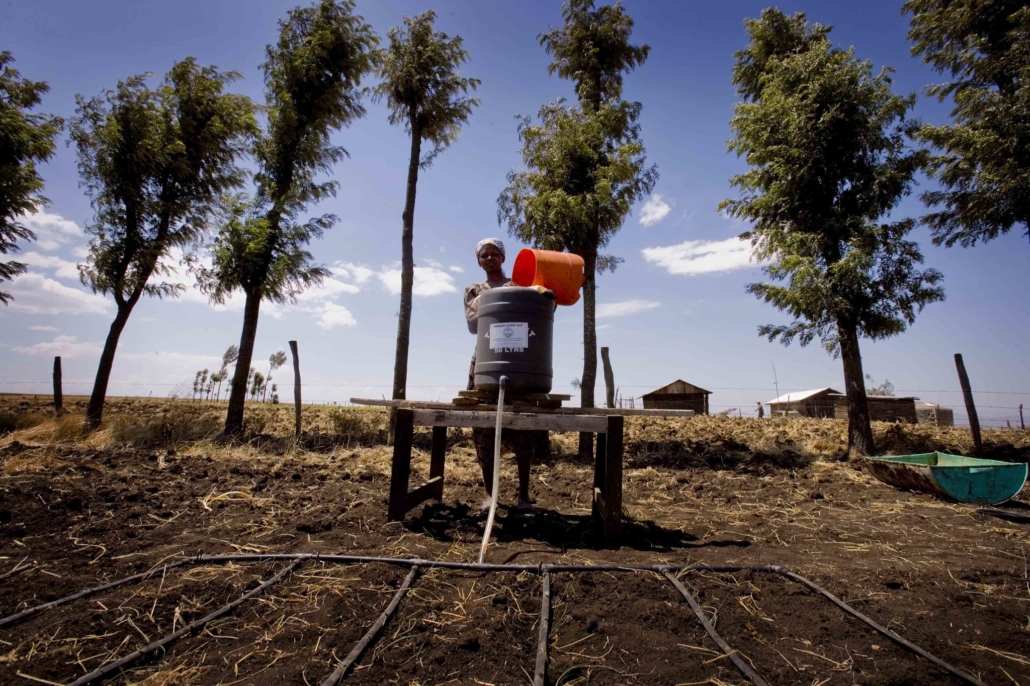 In the past few decades, Kenya has experienced the gravity of severe weather and the effects associated with unstable temperature changes, drought and flooding. Because 98% of Kenya’s agricultural crops is rainfed, a stable climate is essential for food and income security. Therefore, the unstable weather patterns have severely affected livestock populations and crop output. This, in turn, affects the livelihoods of many rural populations in Kenya that depend on farming, with smallholder farmers particularly at risk.

Due to these subpar weather conditions, the nation is seeing a shift toward non-agriculture income ventures with the rural population, the predominant agricultural labor force, reducing by 3.2% between the years 2008 and 2014. The underperformance of the nation’s farming industry stands as one of the factors contributing to its high poverty levels. In 2015, the World Bank reported that about 36% of Kenya’s population lived under the national poverty line, depending on external food aid. To mitigate the socio-economic effects of severe weather, climate-smart agriculture in Kenya is on the rise.

Climate-smart agriculture includes a range of techniques based on the three pillars of adaptation, mitigation and productivity. Adaptation centers on increasing crop durability and resistance to their environment, including pests and diseases. Mitigation focuses on reversing the negative effects of severe weather patterns. Finally, the productivity pillar aims to increase crop yield, and thus, achieve income stability for farmers.

Climate-smart agriculture in Kenya is beneficial in achieving food security, poverty reduction, adaptation to severe weather and nutrition. Among the techniques with the highest positive climate smartness impact are intercropping, conservation agriculture, manure composting, crop rotation and the use of biodigesters in dairy production. With climate-smart agriculture expanding economic development by strengthening the farming industry, it remains a key player in helping Kenya reach its goal of a 10% average annual GDP growth rate up to 2030.

Agroforestry is a climate-smart agriculture practice involving the cultivation of native plants and trees in combination with crops in a mutually beneficial manner, increasing crop yield. Agroforestry, an agricultural technique that “mimics a forest” and contributes to conservation efforts, forms part of Kenya’s main strategies to reduce its carbon emissions under the Paris Climate Accords.

Among the Kalenjin indigenous community in Kenya, tree nurseries return more than three times the profit of milk sales and maize harvests while also providing natural resources, including firewood which many poor households depend on for fuel. In addition, experts have associated extended droughts in Kenya with the loss of tree cover. Climate-smart agriculture in Kenya, such as agroforestry, can replenish the land, thus preventing droughts that contribute to crop loss.

The Agroforestry Efforts of ICRAF

The World Agroforestry (ICRAF) is an international organization founded in 1978 and headquartered in Kenya that works to expand agroforestry techniques throughout Africa, Asia and Latin America. Its goals include eradicating hunger, providing affordable and clean energy and reducing poverty. Through a combination of research, training programs and awareness, ICRAF is leading the shift toward more climate-friendly farming.

One of ICRAF’s many projects includes the Rangelands Ecosystem Services Productivity Programme (RangER) in Kenya, which seeks to redesign landscapes in arid and semi-arid lands (ASALs) to serve less-developed populations that depend on these lands for their livelihoods. ASALs make up 80% of Kenya’s surface area and receive “low levels of public, private and commercial investment.”

The RangER project aims to provide food and natural resource security by developing tree nurseries and enterprises in agroforestry. A vital part of this project includes research and health mapping for the implementation of agroforestry as well as the installation of rain and floodwater harvesting systems. These interventions will maximize land use and improve pasture and croplands for increased food and income production.

Climate-smart agriculture is providing for Kenya’s poor population through its effectiveness in sustainability and conservation. By aiding the environment, these techniques return greater crop yields and generate larger incomes for farmers. Positive results are long-term as crops strengthen their resistance to their external environments and adapt to changes in weather. As more countries begin to adopt these practices, the agriculture industry can greatly contribute to poverty reduction globally.