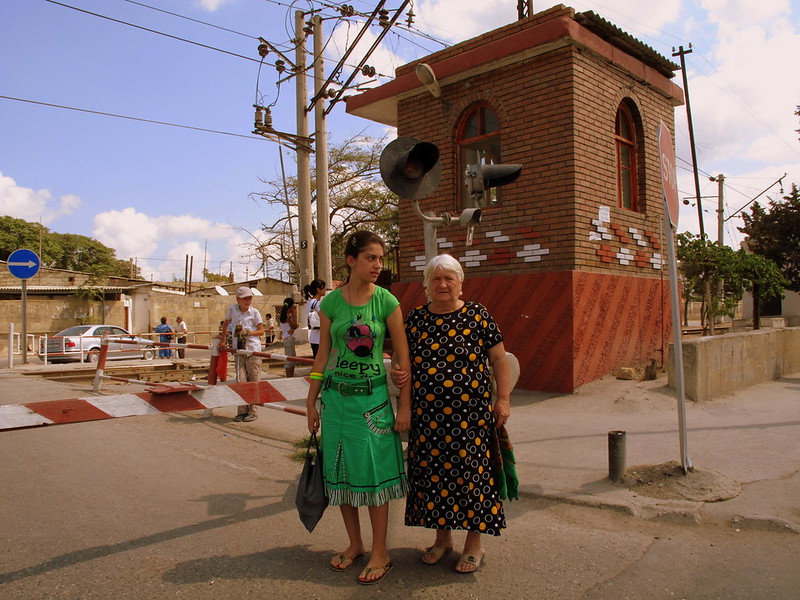 Azerbaijan is located in the Caucasus region and situated at the crossroads of Europe and Western Asia. The country is bordered on the north by Russia and on the south by Iran. Since October 18, 1991, Azerbaijan has been an independent nation. Before the announcement of independence, Azerbaijan was a member state of the Union of Soviet Socialist Republics (USSR). After declaring sovereignty, the country had political instability for several years. In addition, Azerbaijan fought a bloody war over the territorial dispute with Armenia in the late 1980s and early 1990s. As a consequence of these events, economic, political and social development slowed down. However, after the establishment of political stability and ceasefire agreement between the two sides, Azerbaijan entered a new stage of development. With the onset of the COVID-19 pandemic, the country faces further hardship as the decline in oil prices impacts the economy of Azerbaijan and causes a current financial crisis.

The Oil Production in Azerbaijan

To turn Azerbaijan into a powerful state with a sustainable economy, the previous president Heydar Aliyev had an oil-based national development strategy. On September 20, 1994, the Production Sharing Agreement (PSA) was signed between the State Oil Company of Azerbaijan Republic (SOCAR) and 11 foreign oil companies from six nations. In the beginning, the contract covered oil companies such as BP, Amoco, Unocal, LUKoil, Statoil, Exxon, TPAO, Pennzoil, McDermott, Ramco and Delta Nimir. The oil companies represented six countries. These included the U.K., U.S., Russia, Norway, Turkey and Saudi Arabia. The PSA was the first large-scale investment by western companies in any former USSR country. Later on, the agreement got famous and was known as “The Contract of Agreement.” It was a success for Azerbaijan to invite foreign oil companies and benefit from oil production. Because of this achievement, Azerbaijan managed to develop its economy and invest in social programs.

On the other hand, to export oil to the world market, Azerbaijan decided to build the Baku-Tbilisi-Ceyhan pipeline with the help of geopolitical partners. This pipeline transformed Azerbaijan’s oil industry and became operational in June 2006. The overall length of the pipeline is 1768km, and 443km of it crosses from Azerbaijan, 249km in Georgia and 1,076km in Turkey.

The economy of Azerbaijan is predominantly dependent its oil export. As mentioned above, the agreements with international companies and the successful export of oil to the world market led to the development of Azerbaijan. However, because of oil money, the country could not manage progress in the political sphere. The level of corruption increased, and the government did not fairly distribute oil money among the citizens of Azerbaijan. As a result of the financial crisis in 2014, the economy of Azerbaijan faced severe difficulties. In 2014, the oil price dropped by 59.2% in seven months. On June 20, 2014, the oil price peaked at $107.95 a barrel, but by June, prices plunged to $44.08. In 2014, the GDP per capita in Azerbaijan was $7,891.313, and in 2015, it decreased to $5,500.31. In 2016, the GDP declined to $3,880.739 — the lowest level since 2007. After 2016, the economy of Azerbaijan started to rise again. In 2017, the GDP per capita was $4,147.09.

The Effects of the COVID-19 Pandemic

With the beginning of COVID-19, the economy of Azerbaijan began to face difficulties again. Because of the financial crisis, the prosperity of Azerbaijani citizens decreased drastically. People started to lose their jobs, and prices in the market increased. Also, as oil prices declined, several international companies decided to leave the territory of Azerbaijan. During the financial crisis, the president of Azerbaijan, Ilham Aliyev, said that Azerbaijan should “work and live as if we live in the post-oil era.” It was a strong statement by the president, and it also was the signal of the beginning of a new economic era for Azerbaijan. After the crisis, the government decided to improve the business environment and diversify to non-oil sectors.

As an oil-rich country, it is not surprising that the economy of Azerbaijan is highly dependent on oil revenues. Unfortunately, the government failed to develop other profitable fields for the economy in the last decades. That is why the financial crisis in 2014 increased the level of poverty in Azerbaijan. From 2014 until 2017, the GDP decreased significantly. However, in the latter stages of the financial crisis, the government managed to stabilize the overall situation.