Tag Archive for: The poverty project 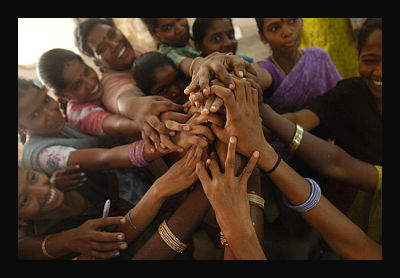 Founded in 1952, Caterpillar Foundation dedicates itself to transforming lives within the international communities where Caterpillar works.  It has been the champion for programs that support education, environment and emergency relief.

The program has donated over 550 million dollars to organizations that put poverty onto the path of prosperity “by investing in those proven to yield the best results – women and girls.”  Last year the foundation committed itself to a three year 29.2 million dollar commitment. Partnering with Opportunity International the joint venture looks to service 16.7 million people across Asia, Africa and Latin America.

The Caterpillar Foundation’s commitments will be leveraged through Opportunity International via microfinance loans, savings and financial training.  Due to Caterpillar’s strong commitment to women and girls, most of the money will be financed to women, or groups of women, looking to form working relationships.

As of August 2014, Caterpillar Foundation announced the allocation of an additional 11 million dollars to help with Africa’s water and energy needs. Five million dollars have been distributed to help programs that address public policy needs and lack of access to energy. Five million dollars will be used to extend an already existing water line in Tanzania and Ethiopia. The last million will help teach women and girls about the dangers of traditional cookstoves and the benefits of adopting clean cooking solutions.

Most recently Caterpillar has committed itself to another generous contribution of 2.5 million dollars to The Poverty Project.  This nonprofit organization has received wide acclaim since the implementation of its new strategy unveiled in 2012. Global Citizen is an online platform that serves as the basis for all the work performed by the registered Global Citizens. There are more than 250,000 global citizens that have partaken in 1.75 million actions that have contributed to more than 35 campaign victories and announcements.

The Poverty Project has since released a new strategy as of January 1 of this year. The strategy focuses on ending extreme poverty by 2030.  With its announcement of a new vision, The Poverty Project has also put forth a new theory of change and an updated framework. These proposals are all designed to create a movement of unstoppable Global Citizens.

This dynamic and effective strategy is what caught the eye of the Caterpillar Foundation.  Since the three main goals of this foundation are education, environment and emergency relief, the money given to The Global Poverty Project has all been earmarked for specific projects.

The Global Poverty Project has determined that universal sanitation brought into impoverished areas will increase the chances for women to receive an education, get a job or run a small business.  This is where the bulk of the money will go.  It will also be used to put restrooms inside homes and provide them with running water. The remainder of the money will be used to help educate the 31 million girls who currently do not attend school around the world.