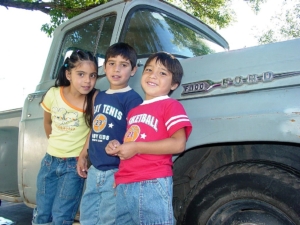 Countries worldwide are proposing universal child allowance, which generally entails a stipend to eligible children, to combat childhood poverty. As of 2022, more than 356 million children worldwide live in poverty. This population lives on less than $1.90 a day. A study on a Universal Child Allowance found that somewhere between $50 to $150 a month could pull between 40% to 50% of children out of poverty worldwide. Childhood poverty remains a key area of concern for governments and nonprofits who recognize that a disparity in early life can lead to drastic consequences later in life. A universal child allowance in Argentina would provide Argentinian children living in poverty with financial help and stability for health care, education and other needs.

Argentina’s, Asignación Universal por Hijo (AUH), or Universal Child Allowance program, which was implemented in 2015, is an example of this theory in action. Argentina implemented the policy as the third pillar of a part of its social state in 2015, and the policy guarantees a minimum of $55 per month to each eligible child.

Children make up more than 25% of Argentina’s problem, making it clear why child poverty is a key focus of the government and activist groups alike. Likewise, the median age of Argentina’s population is just 31 years old indicating a young population. Generally, a young population trend is a good sign for a country, as it means there will be a strong labor force in the future. However, countries that cannot care for their youth face challenges. In Argentina, certain marginalized groups still lack access to basic programs and education with particular disparities among indigenous groups and rural communities. A Universal Child Allowance in Argentina seeks to combat these discrepancies by ensuring that children in need have the $55 monthly allowance to serve their needs.

In Argentina, there is a significant wealth disparity among the population. Some families send their children to tuition-required private schools, while others struggle to provide for basic necessities. The Buenos Aires Times reported in 2018 that Argentina’s richest 10% controlled or possessed more than 60% of the country’s wealth. As of 2021, Argentina’s national income reached nearly $16,860 while gross domestic product (GDP) hit slightly more than $19,950. On the other hand, a large segment of the population lives well below that mark. Conversely, a large segment of Argentina’s population is well-educated and employed. Social programs seek to combat the inequalities by lifting the poorest populations up from conditions of poverty.

As Argentina’s AUH underwent implementation just five years before the devastating COVID-19 pandemic, there is no significant research about the immediate success of the program. However, Argentina has made great strides in many aspects of its social state which can be tracked using other data. The “Plan Familia” program which underwent establishment in 2009, aimed to increase school enrollment and access to health care. School enrollment levels are high on average across the country at just about 98% or 99%. This data is a positive sign because it means that education across the country is possible. A Universal Child Allowance in Argentina may be able to tackle the last percent or two to make education equitable and accessible. Programs like this seek to encourage long-term financial planning and stability with the hopes of evening out wealth inequality of the lowest earners.