Tag Archive for: The Persian Famine 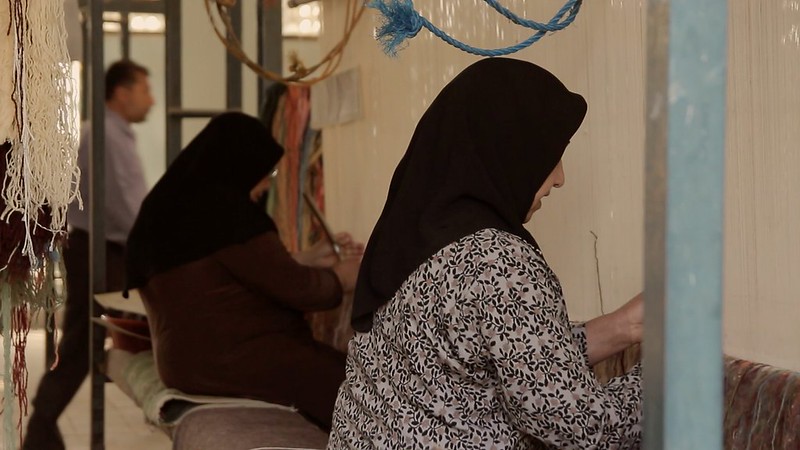 On December 5, 2020, Iran announced that the national death toll from COVID-19 had surpassed 50,000 people. However, medical experts from within and outside Iran have estimated that the number of Iranians who have died of COVID-19 is at least double that figure. Additionally, they estimate that the nation may be on the brink of collapse from the uncontrolled spread of the virus. A mix of social, political and economic factors have created a unique situation that has made the containment and treatment of COVID-19 in Iran nearly impossible. Medical experts have warned that a third wave would be a destabilizing threat to the nation. Remedying this crisis will require international support and effort at Iran’s federal level to alleviate the burden on frontline workers, increase access to healthcare resources and create a path for Iran to receive an effective vaccine.

A Fertile Ground for an Uncontrolled Spread

An economic depression, onset by U.S. sanctions and government mismanagement, has plagued Iran in recent years. The U.S. has posed various economic sanctions on Iran since 1979, after the storming of the U.S. Embassy in Tehran. As a result, the average purchasing power of Iranian families has decreased, drug and consumer product prices have soared and housing has become unaffordable for many Iranian families.

Economic sanctions do not explicitly ban the sale of pharmaceuticals to Iran. However, the Human Rights Watch reports that many European and American companies, fearing sanctions, are unwilling to sell drugs or pharmaceutical equipment to Iran. This, coupled with the skyrocketing prices of pharmaceuticals in Iranian pharmacies, places the Iranian public at a major health risk. Even before the spread of COVID-19 in Iran, many Iranian families could not afford basic drugs and waited for hours in line at local pharmacies.

The Iranian government made a number of missteps in the early days of the pandemic. These included reluctance to lock down public places when large swaths of the community were contracting the virus, as well as allowing international flights from China to enter Iran as late as January 26, 2020.

Getting exact figures of infections and deaths from COVID-19 in Iran is not easy due to the country’s opaque governmental structure. Experts estimate that Iran, along with the United States and India, may be among the countries that COVID-19 has hit hardest. This has put immense pressure on Iran’s already struggling healthcare infrastructure, which, according to Iranian health professionals, is reaching a breaking point during a third wave of the virus.

Almost every hospital in Iran now hosts a COVID-19 ward, and nearly every ward is at full capacity. Some hospitals have had to convert cafeterias into makeshift field hospitals to handle the incredible volume of infected patients. With the lack of necessary healthcare resources and staff to handle an ever-increasing number of infected people, several hospitals are unable to effectively administer care to patients, including those hospitalized for reasons other than COVID-19 infection, and are on the verge of collapse.

The Fight for a Vaccine and Maintaining Daily Life

The light at the end of the tunnel for any nation suffering a COVID-19 pandemic is a contract to receive mass quantities of an approved vaccine. Despite economic sanctions, Iran has entered into COVAX, an international organization that aims to allow foreign countries access to coronavirus vaccines. Due to international banks’ reluctance to grant loans to Iran, fearing sanctions from the U.S. government, Iranian officials may have to fly to Geneva to pay directly for an import of the vaccine. Still, Iran obtained a license to take part in COVAX, meaning that planning is underway to get vaccines to Iran.

Taking on the New Wave

As a third wave has descended on Iran, the nation faces a set of difficulties that it has not seen since the Persian Famine during World War I. A combination of sanctions, fear of backlash from the international business community and federal reluctance to make strides in containing COVID-19 in Iran have created a unique crisis that threatens that nation’s health and security.

As hospitals face crowding and the price of available pharmaceuticals remains on the rise, Iran is likely to continue to struggle. Stricter and more thorough social distancing protocol, as well as strategic negotiations to obtain a vaccine, could combat the spread of COVID-19 in Iran and put the country on the path to recovery.