Tag Archive for: The Pema Center 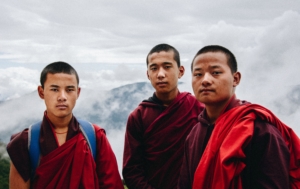 Many often call Bhutan “The Happy Kingdom.” The reality, though, is that despite its renowned holistic development philosophy, it is struggling with a severe mental health crisis. Suicide is the sixth leading cause of death at a rate of one almost every 90 hours. However, luckily five organizations are addressing mental health in Bhutan to help alleviate them.

About Mental Health in Bhutan

Among its population of almost 780,000, in 2020, 6,858 cases of mental and behavioral disorders were on record. Meanwhile, infrastructure and licensed professionals are scarce. Only 100 beds exist in the 63 community-based psychiatric units around the country and there have only ever been four psychiatrists working there to date. This translates to roughly one psychiatrist for every 200,000 people, which is similar to Indonesia and India (0.6 psychiatrists per 200,000 people) compared to the United States (33 per 200,000).

Like much of the world, mental health services largely do not receive enough funding. Only 1% of Bhutan’s total health expenditure goes toward mental health. Superstitious and traditional beliefs that mental illness are due to black magic and curses still result in people turning to alternative practices and religious healing.

More recently, Her Majesty, The Queen Mother Sangay Choden Wangchuck, has vocalized the need to make mental health a national priority, pushing for more government initiatives to better Bhutan’s mental health services. Along with the country’s health ministry, these organizations light the path towards an increasingly healthy population.