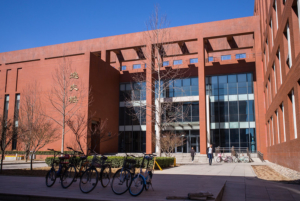 In recent years, China has become one of the most popular destinations for students from other developing countries, mainly African states, to seek higher education. The number of African students in Chinese universities reached a new peak of 81,562 in 2018, compared to less than 2,000 in 2003. It is worth asking how universities in China are attractive to African students and how those students benefit from this study experience overseas.

Speaking of opportunities to study abroad, most people immediately think of the U.S. and the U.K. as the ideal destinations, as the two countries occupied nine of the top 10 universities in the QS World University Rankings 2023. However, it is essential to notice that the Chinese universities’ performance in the world rankings is improving yearly, so many see them as providing an excellent academic environment for students as well.

In 2015, the two most prestigious universities in China, Peking and Tsinghua, ranked 51st and 47th in the QS World University Rankings. However, in the 2023 list, they ranked 12th and 14th respectively, showing that Chinese higher education is receiving more international recognition.

In 2018, 11% of students from Africa and the Middle East who chose to study abroad picked China as their destination. Additionally, the survey showed that universities in China are the sixth most popular among those students, ranking higher than both France and Switzerland.

Opportunities and Experiences of African Students in Chinese Universities

The fact that African students in Chinese Universities are becoming more common is significant due to China’s soft power diplomacy. As the Chinese government cooperates economically and politically with African states, it becomes more valuable and practical for African students to study in China. Indeed, China embraced those students with open arms.

First of all, the Chinese national government, local government, Confucius Institute and individual universities (including Peking university) have set up multiple scholarships for international students. Most of those scholarships cover all the fees of tuition and teaching materials, as well as living expenses. Some scholarships even provide free medical insurance and plane tickets to travel home and return to school.

Also, the Chinese government valued African students in their university as a successful soft power approach to push forward international cooperation. According to Global Times, in October 2021, China-Africa Institute held the First Forum on International Students from Africa named “We, the Inheritors of African-China Friendship,” with Martin Mpana, Dean of the African Diplomatic Corps and Ambassador of Cameroon to China, giving the opening speech. This encouraged more African students to pursue higher education in China.

Moreover, many significant figures in African politics had previous experience as a student in Chinese universities. For example, in 2005, 22 critical African politicians had received scholarships in China before, and eight of them explicitly worked on the diplomatic relationship with China.

African students that China Daily interviewed stated that studying and knowing about China helped their future careers as many Chinese-related investments and cooperations created jobs in their homeland. He also believed that learning from Chinese business could help to improve Africa’s economy.

In 2020, the Peking University African Student Association took a significant role in the Ninth Meeting of the China-Africa Think Tank Forum, showing their influence in promoting African students’ participation in Chinese academic activities.

Overall, the number of African students studying in Chinese universities continues to rise. This sizeable eastern economy could provide more opportunities for higher education for students from other developing countries.