Tag Archive for: The Pakistan Council of Research in Water Resources 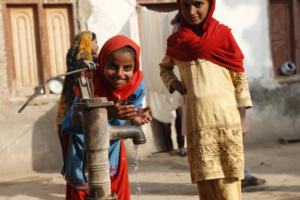 Pakistan had a population of 210 million people as of 2017 and is the world’s fifth-most populous country. Further, it is surprising that Pakistan’s GDP has grown 3.3 percent in a single year considering that 24 percent of its population lives below the national poverty line. Poverty has contributed to citizens’ ongoing struggle with inadequate sanitation. Here are 10 facts about sanitation in Pakistan.

10 Facts About Sanitation in Pakistan

Pakistan’s impoverished citizens experience sanitation issues the most. The solutions are fairly simple but Pakistan’s acceptance of outside support will be a substantial step. If one considers the progress that Pakistan is already making to change the lives of people facing sanitation challenges in Pakistan, it is clear that the country should be able to implement real change and help communities thrive for years to come.