Tag Archive for: The Pacific Horticultural and Agricultural Market Access Plus 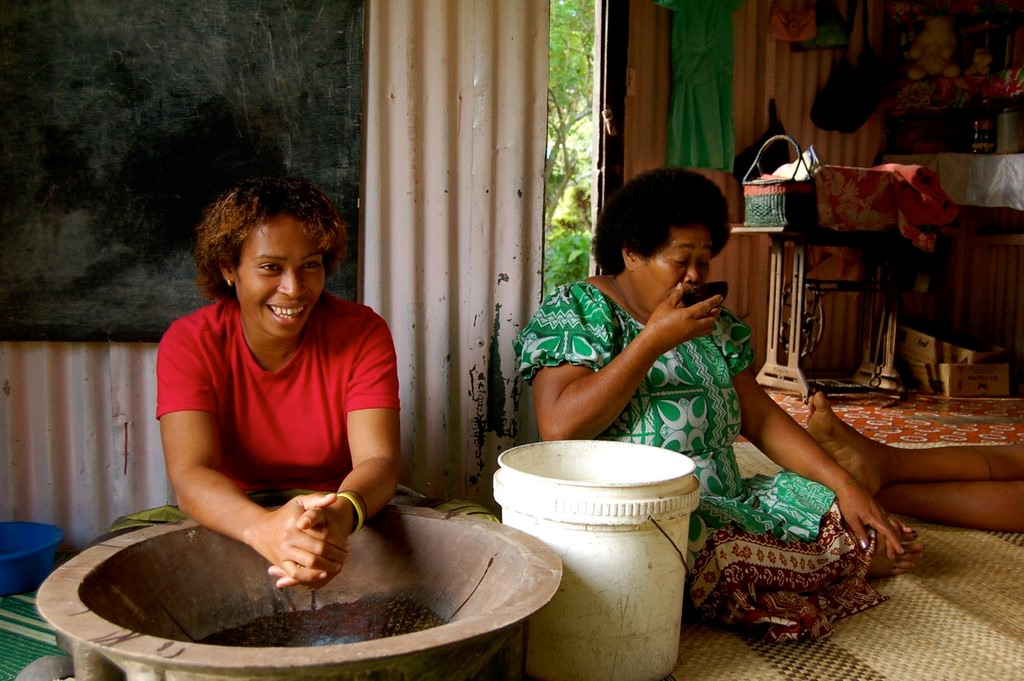 In the Pacific island nation of Fiji, 44.3% of its approximate 900,000 residents live in rural areas, where access to opportunity is struggling to keep up with economic growth. According to government metrics, every third Fijian is poor. However, recent developments in kava cultivation are helping villagers escape poverty. Kava, locally known as yaqona, is an indigenous crop that people have customarily used to make a ceremonial beverage for traditional gatherings and celebrations. It contains chemicals called kavalactones, which create feelings of calmness and euphoria in those drinking it. In recent years, these qualities have encouraged the drink’s recreational consumption both in Fiji and abroad. Given the drink’s recent boost in demand, kava cultivation in Fiji has come to provide financial stability for thousands of workers within the industry.

Currently, more than 21,000 Fijian farmers produce at least 4,000 tons of kava per year. For some rural communities, kava cultivation is an indispensable source of income. On the island of Kadavu, for example, four out of five households harvest or farm kava. In that area alone, as many as 8,000 inhabitants rely on kava production to feed their families. Their trust has been paying off thus far: in 2016, Cyclone Winston ravaged much of the country’s infrastructure and destroyed multiple kava plantations, radically decreasing its market supply. However, in the cataclysm’s aftermath, kava prices registered steep growth, convincing many farmers that kava cultivation was more profitable than Fiji’s other major agricultural export – sugar.

The kava industry generated an equivalent of $151 million in 2017, and domestic sales were responsible for the overwhelming majority of kava consumption. Besides serving kava beverages in bars, the private sector is pioneering kava anti-anxiety medicines and kava nurseries, where farmers can buy seeds to start their own plantations. These initiatives are directly involving rural populations in their business operations. For instance, South Pacific Elixirs, a company maintaining kava quality, has contracted 70 farmers on the island of Ovalau. In fact, 80% of the kava found in Fiji’s urban areas where bars, pharmaceutical firms and exporters naturally operate originates on such remote islands as the aforementioned Kadavu and Ovalau. Such connections between rural communities and domestic distributors are helpful since they enable farmers to access the market.

Although export only represented 8% of the kava revenue, its volume increased by 126% and its value saw an upsurge of 98% between 2013 and 2017. Fiji exports to Australia, New Zealand, the European Union and the United States, marketing the crop as much to the Fijian diaspora as to foreign consumers. One may find kava in American pharmacies, department stores and cafes. Its consumption is widespread in San Diego, Austin, Texas and particularly in Southeast Florida—St. Petersburg, Florida alone boasts eight kava bars. The drink from this plant appeals to local consumers as an alternative to alcohol allowing them to relax without the harmful effects of hangovers.

As kava farming does not presuppose extensive education, it attracts not only the established farmers but also the unemployed rural youths. In 2019, the national youth unemployment rate stood at almost 15%, and eradicating rural poverty cannot occur without addressing this high rate of joblessness. Stories of farmers investing their earnings in housing and critical infrastructures, like solar lights and water tanks, have underscored kava’s role in combating rural poverty in Fiji. Income from kava has also empowered some to operate local grocery stores and send their children to school. Statistically, one hectare of kava generates a gross income of more than $94,000 within a five-year cultivation period.

Despite its economic benefits, kava cultivation in Fiji has encountered skepticism. Farmers will have to respond to the rising demand, which has the potential to pose serious challenges. Given that kava takes between two and three years to mature, early harvesting can lead to crop failure and wasted resources. Furthermore, extensive production risks exhausting fertile volcanic lands to the long-term detriment of Fiji’s rural communities. The crop’s production is also vulnerable to natural catastrophes that may hamper commercial links between suppliers and distributors.

However, Fijian authorities are working to ensure that kava cultivation is sustainable. The Yaqona Taskforce hosts training events for village farmers, in which government officials not only teach superior farming and storage techniques but also discuss marketing opportunities. The Pacific Horticultural and Agricultural Market Access Plus (PHAMA+) Program, supported by New Zealand and Australia, is complementing these initiatives by conducting surveys across Fiji to monitor genetic variation within kava crops as well as the production methods used in different villages. In addition to verifying that the plants are healthy, PHAMA+ ensures that farmers are maximizing yields and selling value-added goods from processed kava rather than its roots. By helping farmers meet high standards, PHAMA+ contributes to the expansion of the industry’s export which has the potential to generate an extra $2.5 million for Fiji’s kava sector this year alone.

Kava cultivation in Fiji is eradicating rural poverty by integrating rural farmers into the economy and establishing ties between villages, pharmaceutical companies and recreational industries throughout the nation. With state and external backing, the kava industry has the power to precipitate poverty reduction in rural Fiji.