Tag Archive for: The Outlook for Sustainable Development Goals 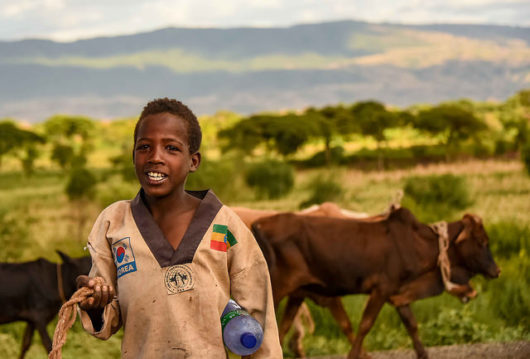 Comprised of 17 goals, the SDGs address issues such as poverty, education and health with the overall aim of achieving worldwide peace and prosperity by 2030. Three years into the initial reports on the outlook for Sustainable Development Goals express skepticism that these goals can be reached at the current rate of progress. The problems in meeting these goals are described below.

The World Bank has also calculated that the bottom 40 percent of people in terms of income would need to see a yearly income increase of eight percent or more for the next 12 years in order to meet the first SDG of reducing the global poverty rate to 3 percent or lower. The report also notes that income growth never reached this height from 2000 to 2015, despite the notable progress in poverty reduction during these years.

Although the information is scarce, the available data suggests that the current rate of progress in education is also too slow to meet designated targets by 2030. In its 2018 report, the United Nations International Children’s Emergency Fund (UNICEF) projects that at least 22 million children worldwide will be unable to participate in pre-primary education unless the current rate of progress doubles in countries that lag behind.

Along with education, health is considered one of the most important factors in fostering economic and other forms of development. The Gates Foundation’s Goalkeepers Report provides recent data and future projections for 18 SDG indicators as a way of tracking the overall progress of the initiative, the majority of them pertaining to health. According to the 2018 report, the U.N. estimates that by 2030:

The Good News in the Outlook for Sustainable Development Goals

While the outlook for sustainable development in each of these reports is not ideal in terms of the time it will take to be achieved, data trends still show progress, not regression, in development. With 12 years remaining, the United Nations is still in the initial stages of its 2030 Agenda for Sustainable Development. If the projections for 2030 fall short of the targets for the SDGs, they at least provide a better understanding of the extent of the resources necessary to improve the outlook for sustainable development goals going forward.

In consideration of the data, the World Bank, UNICEF and the Gates Foundation have all called for increased investment in world development. As a specific example, the World Bank has invested $3.2 billion in education programs for girls between 2016 and 2018, exceeding a commitment of $2.5 billion.

If all actors in the 2030 Agenda follow suit, the current outlook for Sustainable Development Goals does not have to determine the final extent of the world’s progress.