Tag Archive for: The Order Of Malta 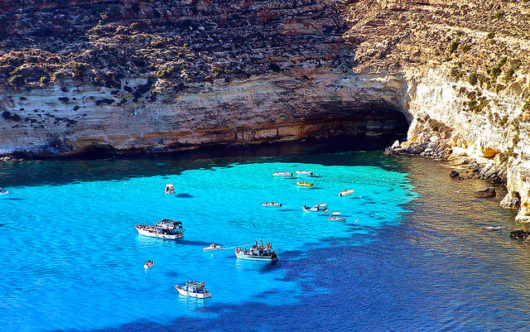 In 2016, more than 65 million people were displaced around the world. While a majority of these people were displaced within their own countries, millions still fleed to search for a new home. Many of them tried and successfully reached Europe by crossing the Mediterranean Sea. In popular media, the island Lampedusa began to appear in tandem with the migrant crisis. This article will answer the questions of what is Lampedusa and how it is involved in the refugee crisis.

Lampedusa is an eight square mile island located in the Mediterranean Sea. It is located roughly 70 miles from Tunisia, which actually makes it closer to Africa than Europe. It is a part of Italy and is populated by approximately 6,000 people.

In recent years, thousands of migrant arrived in Lampedusa. In 2013, over 13,000 migrants came to this small island by boat. This is a sharp decrease from 60,000 people that passed through the island in 2011. However, this large influx of migrants continues and puts a large pressure on the island. What is Lampedusa doing to house migrants?

Lampedusa, being a tiny island with a very small population, does not have the resources or the housing to hold the sharp influx of migrants. The remnants of an old naval base are used to help house migrants while they wait to get sent to another part of Italy to have their case heard.

However, this base only has a capacity of 800 people. In some cases, it used to house thousands of migrants. Migrants are supposed to stay for only a few days on the island but reports have shown that most of them stay for two to three weeks before leaving. During the day, migrants wander the streets since the shelters are only meant to be used during the night.

Many migrants contract diseases in their journeys to Europe due to the fact that they are in overcrowded boats, vans, buses and rafts for long periods of time. The International Journal of Environmental Research and Public Health recently released a study examining migrants headed to Italy and Greece and nearly 40 percent of the participants reported that they contracted an illness in their route to Europe.

Migrants also suffer stress and trauma in their journeys since many are mistreated and abused by smugglers. Some also witness deaths of people traveling with them due to dehydration or suffocation in rafts. If migrants are arriving in bad conditions, what is Lampedusa doing to help them?

Although Lampedusa lacks resources, that does not stop locals from providing food, blankets and other forms of hospitality towards the groups of migrants arriving. The people of the island are helping those who arrive in every way possible, directly affecting poverty reduction of migrants. In 2011, 2014, and 2016, the island was nominated for a Noble Peace Prize for the locals’ generosity.

The Order of Malta

As the migrant crisis continues the situation in Lampedusa remains critical. While the people of Lampedusa and the Order of Malta continue to help migrants that arrive, they lack adequate resources to meet all of the migrant’s needs.

However, it is important to acknowledge the work that is being done. It shows that even though Lampedusa is overstretched, its people and communities are still willing to help and harbor migrants in their search for a better life in Europe. 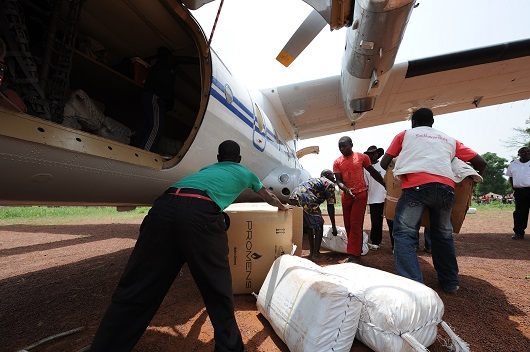 The Sovereign Military Order of Malta has a rich history of generosity. Also called the Order of St. John of Jerusalem, the organization dates back to 1048. At the time, it was a military order in charge of hospital defense. Members in the Order of Malta were chivalrous and noble of nature.

Since its beginning, the Order of Malta has been committed with aiding the poor and suffering. Today, it operates in more than 120 countries, providing medical and social care, disaster relief, emergency services and assistance for elderly, children and refugees. For more than 900 years, it has cared for people of all religions and beliefs.

“There are 13,500 members world-wide, plus 80,000 trained volunteers and 25,000 medical and para-medical personnel, working in a large number of hospitals, hospices, homes for the elderly and a variety of other aid activities,” says Marchesino Daniel de Petrie Testaferrata, elected president of the Maltese Association of the Order of Malta.

The Order of Malta has diplomatic relations with numerous countries, which allows it to better assist others, such as helping the sick in areas that some organizations may have trouble accessing.

The Order of Malta has provided disaster relief assistance in The Philippines and Haiti. In Africa, it focuses on care for HIV patients; treatment for tuberculosis, malaria and leprosy; and clean water supplies for others. It also cares for refugees and orphaned children in Asia and the Middle East.

Malteser International, the Order of Malta’s relief agency, reports that, in 2014, its aim was to spread medical supplies to regions affected by Ebola. This year, it is educating others in hopes of minimizing the disease.

For more information on the Order of Malta, visit its website.