Tag Archive for: The Oil Industry 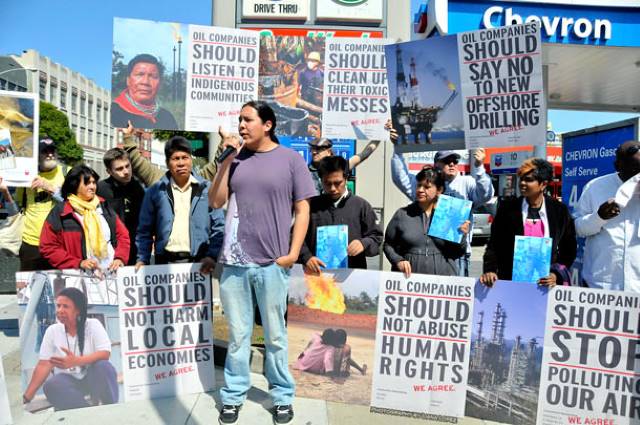 In the Ecuadorian Amazon, indigenous communities have fought a decades-long legal battle against the oil industry polluting their environment. In January 2021, a provincial Ecuadorian court overturned a previously held court ruling and ordered major oil companies to cease the use of gas flares. This environmentally degrading act has been practiced since the late 1960s when Chevron-Texaco began drilling prospects in the region. Within the affected areas of Sucumbios and Orellana, residents blame gas flares for the increasing cancer rates within their communities as well as other health complications that have led to the deaths of multiple community members, dating back to the beginning of the practice.

The Dangers of Gas Flaring

The burning of natural gas releases fine particulate matter into the airspace. Over time, exposure to these particulates leads to the onset of serious health problems. A group of Amazonian girls from an affected Ecuadorian community filed a lawsuit in an Ecuadorian court in February 2020. Their case claimed that members of their community live within a few hundred meters of gas flares and have documented more than 200 cancer cases associated with gas flaring in the area. Nearly three-quarters of the cases involved women.

The girls also claimed that the use of flares affected other environmental resources, aside from the air. The flares also contaminated the rainwater, which is the primary source of water for these communities, affecting drinking water, sanitation and the irrigation of crops. The legal action hoped to shut down 447 flares in the Ecuadorian Amazon. The lawsuit was unsuccessful at first, until January 2021, when a court ruled in favor of the girls and ordered an end to gas flaring in the Ecuadorian Amazon.

However, other legal battles are still ongoing. In April 2021, hundreds of indigenous activists took to the streets on the anniversary of a devastating oil spill that unleashed nearly 16,000 barrels of crude oil when two pipeline ruptured in 2020. The oil polluted two essential rivers and affected the water security of nearly 30,000 people. Protesters demanded both recognition and action from their elected leaders. Litigants seeking reparations from the oil industry are still struggling against the bureaucratic framework of the nation’s court system.

The 2020 oil spill severely contaminated the Coca and Napo rivers, both in the Amazon region. Pipeline operators failed to decontaminate these rivers after abandoning an ineffective clean-up attempt. The tens of thousands of Amazonians who depend on these rivers come in frequent contact with the contaminated water, leading to various health consequences. The oil spill has without a doubt increased regional poverty and illness. Members of these communities claim that such flagrant contaminations of vital waterways violate their constitutional rights as indigenous people of Ecuador. While the court system weighs the legal authority of these claims, the pollutant’s negative social impact in the region cannot be denied.

The Ecuadorian court’s ruling to end the practice of gas flaring by the oil industry brings relief to communities whose voices have gone unheard for decades. The court distinctly acknowledged violations in terms of constitutionally enshrined rights to health, a safe environment and sustainable development, further recognizing the state’s obligation to take measures to avoid negative environmental consequences. The ruling is a major victory for the people of the Ecuadorian Amazon.