Tag Archive for: The Oasis for Kids Initiative 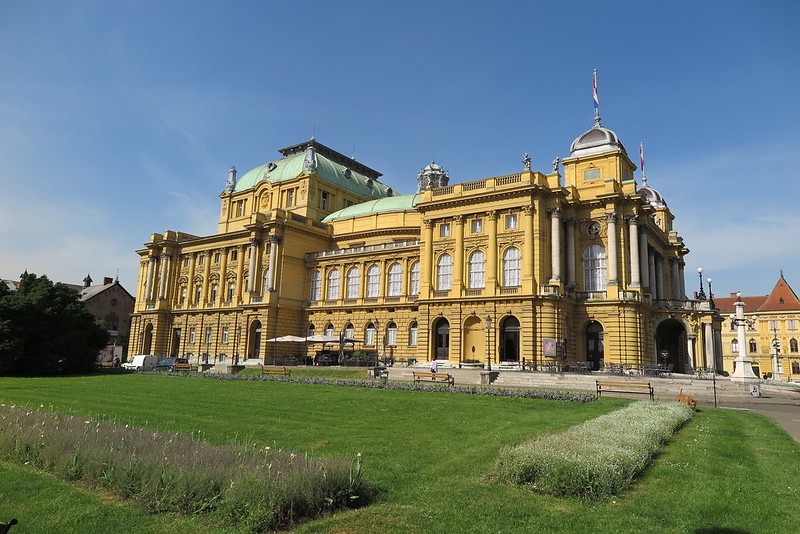 By way of investing in environmental sustainability in Croatia, hotels like Villa Dvor are serving Croatia’s poor beyond job creation. Some efforts include the creation of urban gardens as well as improved sanitation, among other factors of aid. As a result, hotels and NGOs are driving eco-friendly innovations that make for a healthier Croatia, from delivering affordable, healthy food to impoverished communities to preventing pollution within neighborhoods.

As towns turn into tourist hotspots, hotels are moving toward increased environmental sustainability in Croatia. A nearly century-old castle-turned hotel in Omiš, Croatia, is now home to some of the newest advancements in environmental technology. Complete from water flow reducers to solar-powered thermal panels, the Villa Dvor has committed to an eco-friendly operation that is now benefitting the Adriatic coastline and beyond.

Upon its 2013 entrance to the European Union, the city of Zagreb, Croatia, announced a piece of legislation planning to reserve 2,000 land plots in 10 locations for urban gardening that encompasses several of the U.N.’s Sustainable Development Goals (SDGs). Since then, the number of urban gardens in the city has steadily increased. The practice of urban gardens has become so successful a waitlist is needed specifically for these gardening-related plot allotments.

Facilitating sizable monthly savings on healthy food products makes urban gardens of particular benefit to the poor. Eight pounds of tomatoes at the supermarket cost about $20.48. However, when one sources them from a single home-grown tomato plant, that cost comes to just $4. According to Energy Cities, the European government network, disadvantaged groups are now some of the primary beneficiaries of the project and in turn, receive priority access.

In regards to education on seasonal and harvesting techniques, nonprofit organizations such as Udruga Oaza are here to help. The nonprofit educates children and youth on environmental sustainability in Croatia via school gardening programs. In 2017, it started the “Oasis for Kids” initiative. Mile Drača, head of Udruga Oaza, told The Borgen Project that while cooking workshops on veganism and vegetarianism have slowly, they surely incorporate healthier options into school lunches.

Irena Burba, the president of NGO Zelena Istra, emphasized urban gardening’s potential to assist the poor in her own district. “Our local community is also a tourist center and food prices are very high. Markets are becoming inaccessible to poor citizens. Even fish, an important source of protein, although we are at sea, is too expensive for many citizens because they are tourist prices,” explained Burba. “In times of crisis, communities need to find quick and efficient solutions, so urban gardens are certainly one of them.” With limited food availability due to the novel coronavirus, more citizens are vouching for the establishment of urban gardening areas.

With urban gardens uniquely serving each community, they have the ability to promote environmental sustainability in Croatia via contribution to nationwide improvements in sanitation. Attracting some 21,000,000 tourists in 2019 alone, Croatia has experienced rapid development of its tourism industry and subsequent sanitation. Thus, industrial developments are also growing, such as hotel complexes which have increasingly aroused alarm as they continue to proliferate.

Despite being the second most sought-after tourist destination, the Splitsko-dalmatinska counties remain home to the highest percentage of Croatia’s poor. When analyzing the effects of pollution in Croatia, the burgeoning tourist industry constantly hits low-income districts the hardest. This includes access to commercial fish. Overfishing and pollution have led to a substantial decrease in commercially important fish species like the Surmullet, further hurting the prospects of local fishermen who are a mainly self-employed group. They are two to three times more likely to experience “in-work poverty.”

Evaluating these statistics prepared another NGO, Sunce Dalmacija (“Sun Dalmatia”), for one of its most well-known projects yet: certifications for eco-friendly hotels. With the name “Dalmatia Green” diplomas, Sunce Dalmacija issues these certifications to incentivize hotel owners’ adoption of environmental sustainability in Croatia via techniques like energy-saving lights.

E.U. funds generally upheld eco-friendly practices. The Croatian Ministry of Environmental and Nature Protection was able to chip away at its 2007-2015 Waste Management Plan, which saw the centralization of waste management in national facilities. Whether these practices undergo enforcement on the individual level is a different matter, Mile Drača reported. Although institutions like Hrvatske Vode have facilitated a stricter public oversight of environmental sustainability in Croatia, privatization of the coastline by large hotel chains remains a glaring concern to NGOs like Zelena Istra.

Numerous challenges related to balancing tourism with environmental sustainability in Croatia exist. However, despite these obstacles, the E.U.’s newest member continues to make progress with its urban gardening and waste management initiatives. Moving forward, “broad, quality public debate,” together with transparency, has the power to develop quality solutions to this age-long struggle, said Burba.

She concluded that “Citizens are ready to unite and jointly respond to the problem in their local community through actions, petitions and protests. We, as an association, provide them with support and help with our knowledge and experience.”