Tag Archive for: The Norwegian Association for Women’s Rights 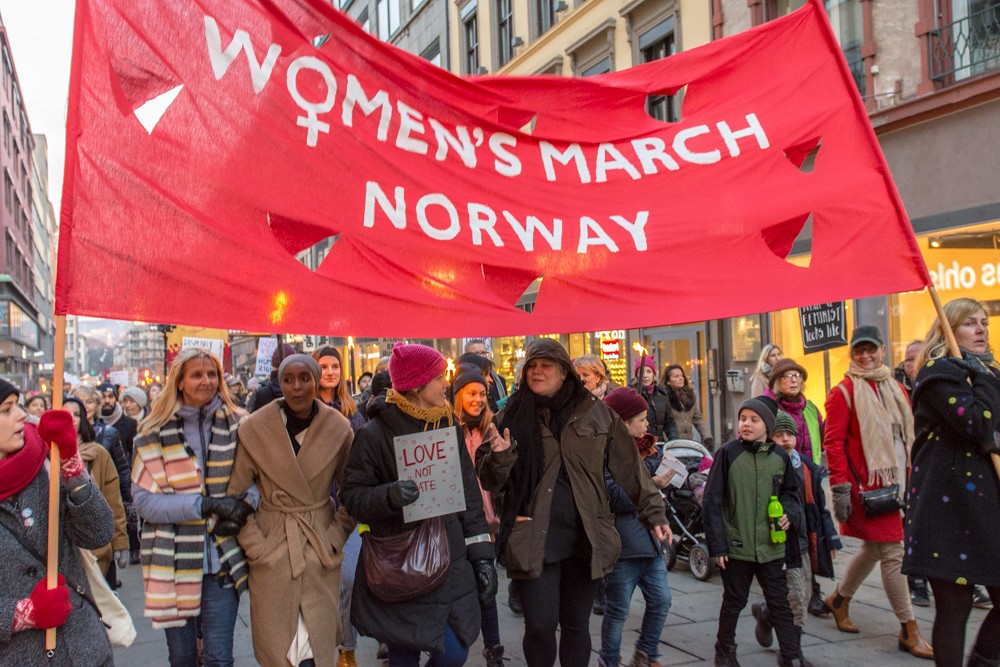 Advancements in women’s rights in Norway aim to empower girls and women in the nation. Gender equality as a human right is important in achieving stable and peaceful societies. These rights extend to equal opportunities for economic and political participation. Gender equality efforts aim to safeguard the needs and priorities of both women and men.

The Gender Gap in Norway

According to the 2020 Global Gender Gap Index Rating Report, Norway took second place in the gender parity chart. The country is one of the most gender-equal countries in the world in terms of “economic participation and opportunity, educational attainment, health and survival and political empowerment.”

The Global Gender Gap Index 2021 ranks Norway third in terms of gender parity with a score of 84.9% in 2021. Norway ranks behind Iceland and Finland and has made improvements in political empowerment, specifically the percentage of women in parliament — 44.4% in 2021 from 40.8% in 2020. Despite this progress, there is an obvious gender gap decline in economic participation with Norway scoring 0.6% lower than in 2020. Norway witnessed a decline in women’s participation in the labor force in 2021 and gender gaps in wage and income still exist.

In terms of the gender wage gap, women in Norway earn “an average of 87.9% of men’s wages in 2021.” In addition, only 34.5% of women hold senior positions in Norway in 2021, down from 35.6% in 2020. Furthermore, the fact that 41.2% of men engage in part-time employment in comparison to 58.4% of women in 2021 contributes to inequities. Narrowing the disparity in all sectors of the economy is necessary to attain gender equality.

Women’s Rights in Norway and Equality

Norway has made strides in achieving equality in all spheres of societal influence. In 1884, the Norwegian Association for Women’s Rights emerged to canvass and lobby for gender equality policies. These feminists advocated for women’s suffrage, the right to work and the right to equal education. In 1913, women in Norway gained the right to vote, 15 years after men began voting.

The legislative arm of the government has contributed immensely toward reforms for women’s rights in Norway. The Norwegian Parliament, also known as the Storting, amended the 1978 Gender Equality Act in 2002. The amended legislation requires both public and private sectors of society to “promote gender equality” as opposed to public entities only. The Norwegian government in furtherance of its equal rights effort in strengthening gender balance, passed a resolution in 2002 stipulating at least 40% representation of both men and women on the executive boards “of all public joint stock companies and State-owned companies.”

Norway received recognition in 2016 as the first country globally to establish a gender equality ombud dedicated to a “society where power and influence [are] equally distributed and ensuring that all people regardless of who they are get treated equally.” In 2018, the country adopted the Equality and Anti-Discrimination Act to improve the rights of workers, minorities and women in Norway.

The major focus of the Equality and Anti-Discrimination Act centered on incorporating gender equality in all aspects of foreign policy, improving anti-discriminatory practices and advancing gender inclusion policies in work settings. In Norway, advertised jobs must not be gender-specific.

Norway also has a liberal parental paid leave system. In 2020, maternal leave entailed full pay for 49 weeks or 80% of one’s income for 59 weeks. Fathers in Norway can take up to 10 weeks of paid leave. Furthermore, “together, parents can receive an additional 46 weeks at full pay or 56 weeks at 80% of their income.”

Norway lacks a strong representation of women in politics but progress is visible in the election of two women as former prime ministers — Gro Harlem Brundtland in 1981 and Erna Solberg in 2013. Norway prides itself as an equal and enlightened society but there is the need for continued improvement on affirmative action and equal pay for equal work. There is still much to achieve in the clamor toward gender parity in countries all around the world. It is important going into the future that countries enact comprehensive reforms to erase harmful practices and all forms of discrimination against women in the quest for gender equality.