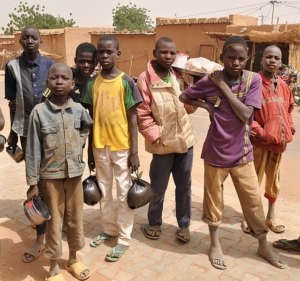 Niger is a geographically diverse country. The Northern stretch of the nation is located deep in the Sahara Desert, but as one traverses southward, the desert transitions into a lush savannah. Still suffering from the effects of the 2021-2022 Global Energy Crisis; however, Niger has one of the lowest rates of access to electricity in the world, as only 19.2% of the population has access to electricity, giving energy in Niger a small reputation. Despite this, due to Niger’s vast uranium deposits and its great potential to harvest large amounts of solar power, Niger might be a dormant energy powerhouse in the making, with energy in Niger potentially becoming one of the largest industries in the Sahara.

In Niger, uranium exports make up a whopping 5% of the country’s GDP and supply 5% of the country’s tax revenues. Also, Niger has the second highest uranium reserve in Africa, barely behind South Africa. However, at the current moment, Niger cannot make great use of its vast uranium deposits and exports almost half to France instead of using the uranium themselves. Energy in Niger is therefore benefitting other countries rather than the homeland.

Although Niger exports most of its uranium to France, it might be able to make great use of its uranium deposits in the near future. This is because of a new project that the International Atomic Energy Agency (IAEA) has undertaken. In coordination with the Government of Niger, this project has committed to developing robust nuclear power infrastructure in Niger. According to a recent report, there are 19 possible issues regarding nuclear power in Niger that, if fixed, could pave the way to developing nuclear power plants that would be able to provide electricity to the large numbers of people in the country who do not currently have access to electricity.

While sounding preposterous, many have considered placing millions of solar panels in the Sahara Desert. According to recent estimates, if just 1.2% of the Sahara Desert has solar panels, the panels would generate enough energy for the entire world. The Sahara covers 80% of Niger’s 489,000 square miles of land, and the entire desert is 3,550,000 square miles. This means that if just under 9% of Niger had panels, energy in Niger would make up enough solar power to provide electricity to the entire world.

Of course, covering a large swath of desert with solar panels is not as easy as it sounds, with issues such as sand covering the panels or light bouncing off the panels interfering with energy production. However, various creative solutions are already undergoing in desert regions with solar panels to counteract these problems. For example, the Noor Solar Power Plant in Morocco, which will eventually cover around 30 square kilometers of the Sahara, uses many mirrors in a circle formation to reflect light onto a receiver in the middle of the circle. That receiver then converts that light into heat before converting it into electricity. Because these materials take hours to cool off, they continue to produce electricity even after sunset.

Hope For the Future

Although nearly 80% of people in Niger do not have access to electricity, this might change soon. This is because Niger has the potential to become one of Africa’s, if not one of the world’s biggest energy powerhouses through its vast nuclear-based resources and its large amount of solar energy potential.

Since energy in Niger is already expanding through the potential development of nuclear power plants through a project that the International Atomic Energy Agency undertook, the days of Niger being a country where less than a quarter of its citizens have access to electricity might come to a close very soon.