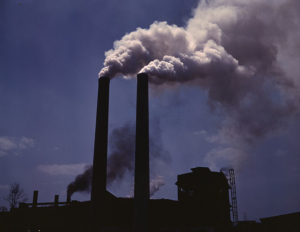 Nigeria has the largest number of deaths due to air pollution in Africa, while the country ranks fourth for air pollution across the globe. Statistics indicate that in 2016, 150 fatalities occurred per 100,000 people as a result of this environmental issue. The State of the Global Air Report that the Health Effects Institute (HEI) published determined that Nigeria’s air quality is amidst the most lethal worldwide. Atmospheric threats such as generator fumes, automobile emissions and crop burning cause air pollution.

Causes of Air Pollution in Nigeria

Air pollution emits through generator fumes which produce the deadly gas carbon monoxide. Automobiles with older engines are also likely to emit unhealthy fumes into the atmosphere. In households, kerosene stoves produce flames that contribute to the poor air ventilation. The nation creates over 3 million tons of waste yearly and most Nigerians burn their waste in their neighborhoods rather than discarding it, contributing more pollution to the atmosphere. Another aspect that contributes to the air pollution crisis in Nigeria is the use of firewood and coal to cook.

Additionally, indoor air pollution in Nigeria is also a big issue, as the amount of fine particulate matter levels in many households surpass air quality guidelines by 20 times. In 2012, according to the WHO, Lagos, Nigeria experienced nearly 7 million deaths caused by indoor and outdoor air contamination.

The Effects of Air Pollution in Nigeria

The report also indicated that 95 percent of the globe’s citizens are intaking polluted air. In 2016, extended subjection to air pollution contributed to roughly 6 million deaths, all resulting from diseases such as strokes, lung disease, lung cancer, bronchitis, asthma and heart attacks. Air pollution is one of the top leading causes of fatalities, particularly in underdeveloped countries, even after smoking, increased blood pressure and unhealthy diets. Exposure to air pollution also increases the risk of developing cancer.

Solutions to the Air Pollution Crisis

In order to effectively handle the air pollution crisis in Nigeria, it is important for the country to provide regular inspections of automobiles to ensure that older cars are not releasing harmful chemicals into the atmosphere. It is also integral that Nigeria removes cars from the road that are toxic to the environment.

The implementation of efficient electric energy will help decrease the need for generators, which produces unhealthy air pollution in households and work environments. However, Nigeria does have access to sustainable energy resources that are capable of providing power to its citizens. These methods are safer for the environment and the usage of them decreases the use of gasoline-powered generators, thus decreasing pollution.

Nigerians can reduce air pollution in the household by substituting fuelwood for biogas, which is a form of biofuel that is instinctively manufactured from the decay of natural waste. Biogas will provide sustainable options for preparing food and heating the household while eliminating air pollution both inside the household and the outside environment.

In terms of trash disposal, recycling methods will be helpful to make certain that people are not burning waste. Additionally, daily waste removal from households will also help to properly dispose of trash, which reduces the fragmentation of waste and prevents odors that contribute to air pollution.

Additionally, factories that are within metropolitan areas follow guidelines regarding sustainable practices in order to decrease air pollution in Nigeria. The National Environmental Standards and Regulations Enforcement Agency (NESREA) monitors operations to ensure that these work environments are abiding by the pollution proclamations.

In conclusion, the execution of environmentally friendly practices in Nigeria will help decrease the air pollution crisis in Nigeria that is present in households, businesses and the outside environment. In order for the elimination of air pollution to be effective, the country must pursue the regulations for all Nigerians.

Additionally, it is necessary to inform communities regarding the sources and consequences of air pollution in order for them to effectively take action in decreasing the issue. Furthermore, those that become more knowledgeable of the issue are then able to educate others and persuade the Nigerian government to continue to enforce legislation against air pollution.