Tag Archive for: The National Curriculum and Assessment Center 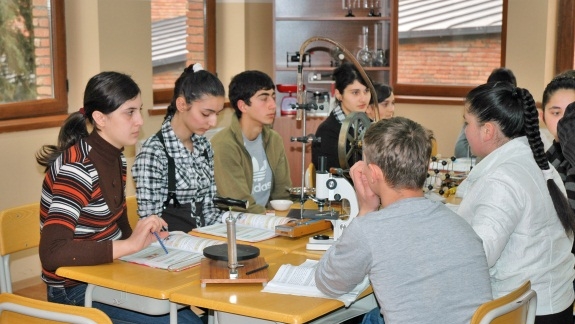 As a former Soviet republic, the country of Georgia has been undergoing decades of economic change and development. This also applies to education in Georgia. Georgians have historically maintained high standards and expectations for education, and continue to do so today.

However, since 2004, the Georgian education system has undergone numerous systematic changes. Over the past two decades, different governments have attempted to improve the quality of the educational system, but reforms have been delayed or impeded by inadequate funding and finances.

Education in Georgia is mandatory for children between the ages of 6 and 14. The educational system is divided between elementary, basic and secondary schools. Vocational education is also available to students.

The World Bank conducted a comprehensive study of the state of education in Georgia to help improve its conditions and transparency in the government sector. It found that student outcomes are particularly concerning in areas like reading comprehension, mathematics and science. These areas are much lower than they should be, especially compared to the world’s leading countries.

Georgia joined the Global Partnership for Education in 2007. During this time, the partnership endorsed Georgia’s Consolidated Education Strategy and Action Plan that covered the period between 2007 to 2011. Georgia does not receive GPE grants. Under this plan, the government was introduced to the per capita financing principle of “money follows the student” in general and higher education. This principle began the process of “per-pupil funding.” Essentially, the process urges the state to provide 12 years of free general education. Primary, basic and general schools are funded by the Ministry of Education and Science. The education is funded based on an amount per pupil.

The establishment of The National Curriculum and Assessment Center in March 2006 is another positive reform implemented through the Strategy and Action Plan. The Center has introduced new curricula for general schools and vocational schools. It is “designed to encourage active learning rather than mechanical transfer of knowledge.” The curriculums were introduced in grades 1, 7 and 10 and on a pilot basis in 2, 8 and 11. Textbooks have been developed in recent years in reaction to the new curriculums.

World Bank Regional Director for the South Caucasus Henry Kerali noted that the future of Georgia’s place in the world as far as competitiveness is largely dependent on its ability to improve its educational system and to produce a highly skilled workforce through teaching and learning. With these reforms in place, Georgia is working towards these goals, which will improve the quality of life for its citizens.