Tag Archive for: The National Center on Education and the Economy 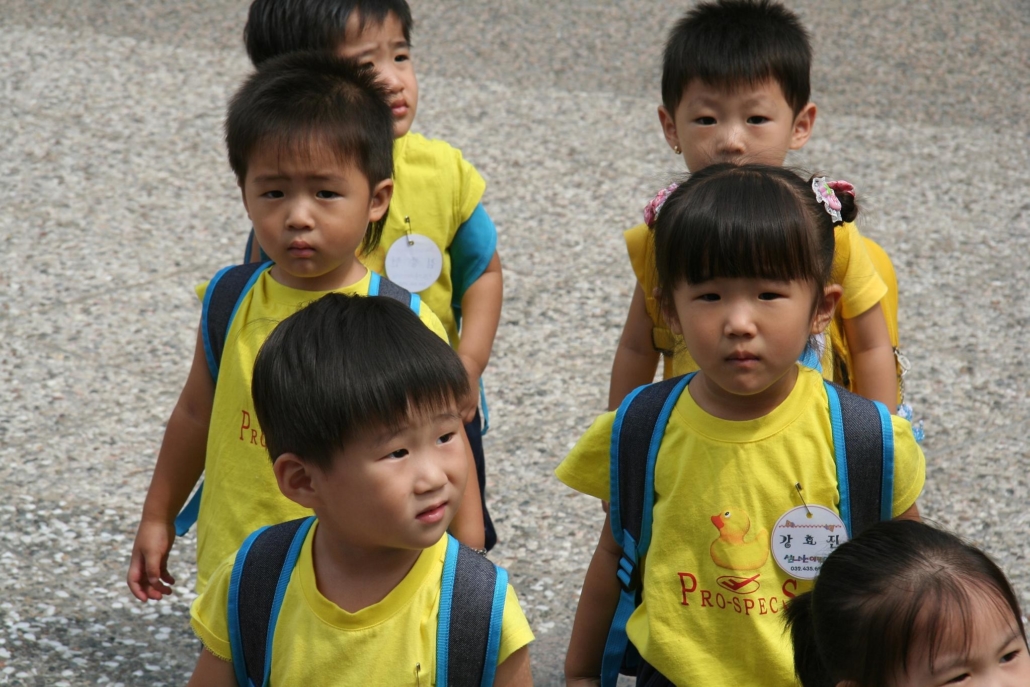 Despite 70 years of impressive economic and educational development in South Korea, low-income households are struggling to close the achievement gap resulting from the income gap. Past educational inequality in South Korea persists today as low-income adults invest disproportionately in hopes their children will achieve academic and economic success.

In 2018, the Organization Economic Co-operation and Development (OECD) published a working report on child poverty in South Korea. One positive finding is that only 7% of children live at or below the poverty line in Korea in comparison with the 13% average among OECD countries. A strong labor market and a steady decrease in birth rates both contributed to a drop in child poverty.

Other factors such as rising rent prices also burden families. However, parental education has had a noticeable impact on a household’s income potential and how burdensome a household might find all expenditures, including the significant cost of children’s education.

The Cost of Cramming Schools

South Korean households pay about 42% of the costs of primary and secondary school education for their children compared with the 22% average among other OECD countries. These expenses include traditional fees and costs for supplies and afterschool activities.

Nearly 68% of students attend hagwons, otherwise known as cramming schools, which are private schools that children attend outside of their usual classes for an average of 4.6 hours per week. Cramming schools provide additional instruction on top of regular school hours in order to prepare students for competitive entrance exams. The more hours a child spends in those schools, the more money their families have to spend. An estimated 16.5% of poor households overspend on hagwons, investing around 30% of their income as opposed to the 5% average among higher-income households. These cramming schools demonstrate how parental employment impacts educational inequality in South Korea.

The Value of Parents’ Education

While South Korean employment rates line up with other OECD countries, the nature of employment is important. Having a parent in non-regular employment is a risk factor for child poverty and, indirectly, educational inequality in South Korea. Non-regular workers are subject to inconsistent or short-term employment with poorer conditions and pay. These workers make up one-third of the South Korean workforce and many possess a secondary education level or lower.

It is also notable that a growing number of highly educated people hold non-regular employment in South Korea. While non-regular workers make up a third of the labor force in South Korea, a third of those workers have completed tertiary education. However, this is due to competition for well-paid, regular work, and households with a highly educated head still tend to be better off than less educated households. Thus, attaining a higher education level remains desirable.

Dr. Soo-Yong Byun and Dr. Kyung-Keun Kim provide a greater context in their 2010 study, “Educational inequality in South Korea: The widening socioeconomic gap in student achievement.” Byun and Kim examined how a household’s socioeconomic status affected eighth-grade academic achievement. They determined that, regarding secondary education, parents’ socioeconomic status indirectly impacted their children’s achievement through how much money they could spend on hagwons.

Lower-income students unable to extensively attend hagwons, among other opportunities, might then experience a disadvantage in competitive exams determining which schools they might attend. Various cities and regions have implemented policies to equalize primary and secondary education, more evenly distributing lower-income students throughout higher quality public and private schools. However, this policy does not apply to all of South Korea or account for university entrance exams. This means children’s future socioeconomic achievement may be at risk due to their parents’ education and employment statuses.

South Korea continues to expand and experiment with its education and social policies in hopes of mitigating burdens on low-income households. Education already helped lift generations of South Koreans out of poverty. The government and families are investing in education and its equalization in hopes of lifting up thousands more.