Tag Archive for: The National Campaign Against Torture 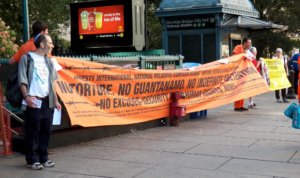 In January 2020, protests over a citizenship law targeting Muslims ravaged India’s streets. The Citizenship Amendment Act uses religion as a gateway to citizenship in India for illegal immigrants. However, not all religions are created equal in the eyes of the Indian Parliament: the bill favors South Asia’s major religions except for Islam, even though Muslims comprise 14.2% of India’s population. The bill created outrage throughout India’s Muslim population, leading the nation’s police to detain protesters and rioters in often forceful ways. Regulations and NGO movements are emerging to help decrease cruelty in India’s police system. Here are three actions advancing police reform in India.

When the Citizenship Amendment Act protests and riots occurred, media outlets extensively covered these events. Their coverage helped to expose the bill’s injustices as well as police abuse. In an interview with the BBC, one family had a platform to share their son’s tragic story: “My son started running when he saw protests turning violent. He was shot in the stomach by police,” Muhammed Shareef stated. Shareef’s son, Raees, died three days later. The police denied the allegations. If the media had not illuminated Shareef’s story, fewer people would understand the severity of police violence in India. If this extensive media coverage continues, stronger advocacy and international awareness could be achieved.

NGOs have also become powerful in encouraging police reform in India. These groups hold significant influence in supporting policy implementation. For example, in 2016, the Commonwealth Human Rights Initiative focused its efforts on improving the relationship between citizens and police in India. NGO initiatives like these are proving effective: since 2016, the violent crime rate with police in India has dropped by 5.88%.

The IPF’s goal is to act as a primary force in improving the humanity of India’s police system. The organization researches constructive management tools, effective methods of combating police brutality and procedures for hiring responsible police officers.

The Future of Police in India

With robust initiatives like those that media outlets, NGOs and the IPF implement, police reform in India is on the horizon. Despite this progress, there remains a clear need for improvement: a study that the National Campaign Against Torture performed found that 1,731 people died in police custody in 2019, averaging to five deaths per day. Although the extent of their impact is still developing, NGOs are becoming a powerful voice for change. With these three groups advancing police reform in India, there is hope for saving lives and creating constructive police reform.