Tag Archive for: The Ming and Qing Dynasties 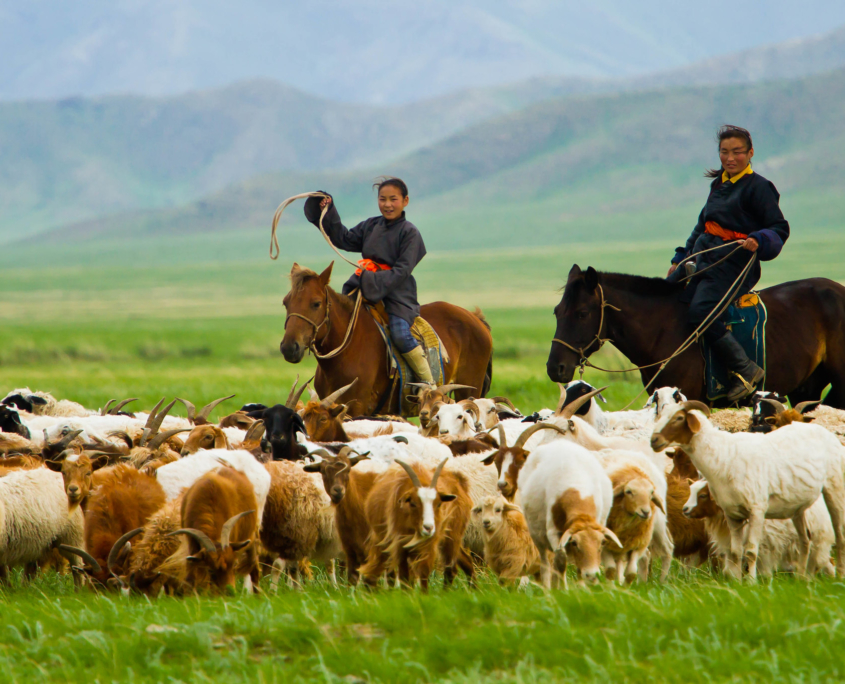 Mongolia is situated in Central Asia and is landlocked by Russia to the north and China to the south. The country has a rich history that remains shrouded in mystery for many people. Its vast landscape consists of mountains, pastures and deserts. As a result, the geography creates suitable conditions for migrant herders to carry out their traditions. Sheep, camels, cattle, yak, goats and horses have provided for nomads for thousands of years.

Outer Mongolia used to be a part of the Mongolian Empire while Inner Mongolia was a province of China. The split of Mongolia developed first from internal strife within the Empire.  Genghis Khan ruled in the eastern territory for 34 years. The Manchus people ruled during the Ming and Qing Dynasties. Through alliances with Chinese administrators, the Ming dynasty was able to start expanding its power. By 1700, the Qing dynasty gained full control of Mongolia. To alleviate tensions, the Manchus used strategies to pacify the Mongol Khans. The two groups proposed intermarriage between the two groups in order to stabilize the country. In 1945, Western powers recognized the sovereignty of Mongolia, while Inner Mongolia remained a province of China.

There are two main factors that explain the decline of the herding economy: The end and privatization of livestock cooperatives and state farms and climate change. As a result, the socio-economic repercussions rapidly created a new underclass of extremely impoverished families. These families are predominantly unemployed migrant herders with few livestock to support them. In 2017, environmental challenges dealt a fatal blow to the last surviving migrant herders. Thus, around 600,000 migrant herders seeking employment flocked to Ulaanbaatar with their families. Due to their lack of income, many families had to live in yurts around the urban centers.

In an interview, Altansukh Purev told the Guardian, “We lost all our animals […] 39 out of 40 cows, almost 300 sheep. The cows wandered far away in the snow and never came back. And when we got up one morning, all the sheep had frozen to death. We had lost everything so we decided to leave immediately for Ulaanbaatar.” Migrant herders are particularly vulnerable to the “dudz,” an unusual weather pattern marked by dry summers and extremely frigid winters.

More recently, USAID has reached out to Mongolia during the COVID-19 pandemic to implement strategies for sustainable growth. According to USAID, the Mongolian economy needs to move away from heavily relying on extractive industries and begin expanding its smaller business sectors. To date, USAID has provided more than 500 groups and cooperatives with technical assistance.

Additionally, Australia has awarded scholarships to 62 Mongolian students to receive higher education in Australia. A technical school in the south Gobi serves as a model for Technical and Vocational Education through competency-based training curricula. Australia also extends its assistance to target sustainable growth, safety regulations in the mining sectors and geoscience.

Migrant herders are finding more opportunities to improve their income, education and health through aid Mongolia has received. Although many migrants cannot go back to herding, training and education allow them to provide for their families.