Tag Archive for: The Militarization of U.S. Foreign Aid to Africa 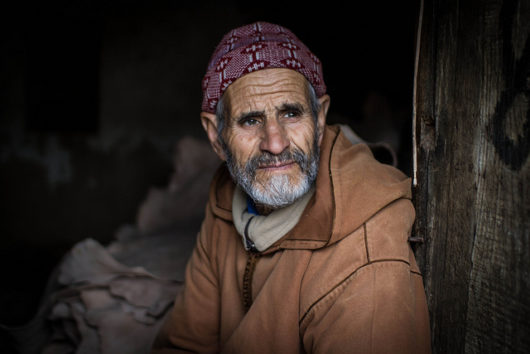 “If you don’t fully fund the State Department, then I need to buy more ammunition” – Secretary of Defense Gen. Mattis. This kind of sentiment expressed by Gen. Mattis is shared by military and civilians alike. As the gap between foreign aid and military expenses increases, so does the concern from these officials toward the militarization of U.S. foreign aid to Africa.

The proposed 2019 budget from the Trump Administration underscores this worry. In the anticipated budget, the Dept. of Defense would receive an estimated $686 billion, which would be an increase of $80 billion (13 percent) from 2017. In comparison, the Dept. of State and the U.S. Agency for International Development would only see a budget of $25.8 billion; which means a $9 billion decrease (26 percent) from 2017 levels.

Furthermore, 2016 serves as a case study for how these resources are being applied in Africa. Of the $26 billion given to Africa through USAID, the Dept. of Defense was actually the leading implementing agency (beating out even USAID). While USAID carried out $9.5 billion worth of foreign aid operations, the Dept. of Defense oversaw $10 billion worth. Alongside low funding due to Congressional budget approval, civilian agencies don’t have the resources to operate, disperse and oversee foreign aid.

On the ground, the picture is becoming more and more clear. It was the Dept. of Defense, not the Dept. of State, that was the first to conduct high-level meetings and summits in African countries, such as Libya, Malawi, Chad and Djibouti, signifying it as the lead diplomatic agency in Africa.

Concerns with an Increasing U.S. Military Presence in Africa

When looking at the statistics, America’s leading military officials are among some of the most vocal advocates against the militarization of U.S. foreign aid to Africa. They worry that by cutting aid and favoring the military in poverty-stricken parts of the world, the U.S. is creating an environment for even more conflict. More specifically, they claim that by choosing military bases over schools, the U.S. is allowing more openings for militant groups, hurting U.S. interests in the long-run by pushing development aside.

For instance, Gen. Carter Ham, the former commander of Africa Command, sees the favoring of the military over diplomacy as a loss of hope for the people of Africa. Per his example, a young Nigerian man faced with no work, education or healthcare would much sooner turn to a militant group that offers money, prestige and a purpose.

His view is echoed by a 2017 testimony submitted to the Senate Armed Services Committee. This testimony was written by a long list of retired U.S. military officials, including Gen. Petraeus, Gen. McChrystal and Adm. Michael Mullen. Here, they stated, “…how much more cost-effective it is to prevent a conflict than to end one.” Their views reinforce the idea that Africa is much better served by civilian agencies than by military ones.

The Importance of Civilian Agencies in Africa

Not only do U.S. military officials recognize the harm of militarizing aid but also the importance of returning this role back to civilian agencies. Before leaving office, former Secretary of Defense Robert Gates highlighted the importance of the Dept. of State in a 2010 speech. In this speech, he emphasized the necessity of keeping the Dept. of State as the main actor for conducting foreign policy because foreign aid and security reinforce one another. In addition, he called for a new foreign policy, requiring all sectors of U.S. foreign policy to form new partnerships and implement U.S. interests for long-term successes.

Now, the militarization of U.S. foreign aid to Africa does not mean that the military is an adversary to foreign aid. All of the examples used in this article critiquing this militarization process have all been expressed by current or retired military officials who are simply recognizing the need for humanitarian aid and the limits of military power.

Preventing conflict certainly makes more sense than instigating it, but it is up to U.S. citizens to decide whether a voter or a 3-star general holds Congress accountable for a better foreign policy towards Africa. Or in the words of Alexander Laskaris, a senior Dept. of State official with African Command: “How do we operate in an environment when we are willing to send peacekeepers, but we’re not willing to take the steps necessary to make peace?”