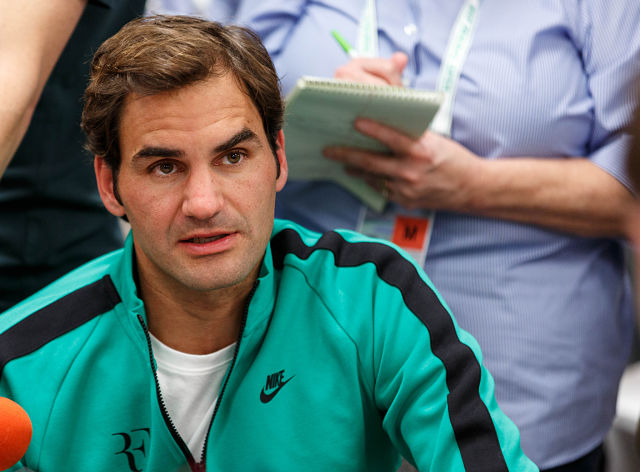 There are many American athletes who are not only known for their athletic abilities but also their philanthropic efforts. Here are four of the most impactful:

Roger Federer
Inducted into the International Tennis Hall of Fame in 2017, Roger Federer has seen a career in professional tennis filled with success. His remarkable performance on the court was closely rivaled by his humanitarian efforts over the years. The Roger Federer Foundation works in six countries in Sub-Saharan Africa, as well as in Switzerland, to improve struggling educational systems. In 2016, the foundation spent over $6 million to improve access to and quality of early education for impoverished children. Federer serves as a shining example of how charity and sports can successfully go hand-in-hand.

Dirk Nowitzki
Dirk Nowitzki is the highest-scoring foreign-born basketball player in NBA history. Born in Germany, Nowitzki came to America to play professional basketball as a young adult and has since been named an all-star 13 times. Nowitzki was the first European player to play in an NBA all-star game in 2007, and as his career took off, so did his philanthropic efforts. In 2013, Nowitzki was named the German ambassador for UNICEF, with a focus on eliminating child hunger and malnutrition around the world. He also started the Dirk Nowitzki Foundation, which works to fight poverty and hunger in Africa.

David Ortiz
Born in the Dominican Republic, David Ortiz came to America and saw a long, prosperous baseball career, winning two World Series titles with the Boston Red Sox. One of the greatest to play the game of baseball, Ortiz is also one of the most dedicated philanthropists in American professional sports. Ortiz has always prioritized improving the quality of – and the ease of access to – healthcare for children. The David Ortiz Children’s Fund works in the Dominican Republic and in the U.S. and has a focus on providing adequate healthcare to impoverished children with congenital heart defects.

Regardless of team affiliation, these athletes are using their fame and their platforms to make a real and tangible difference in the fight against global poverty. In addition to these efforts, the awareness they raise surrounding these issues has surely inspired – and will continue to inspire – others to contribute to the fight against poverty and make a difference.