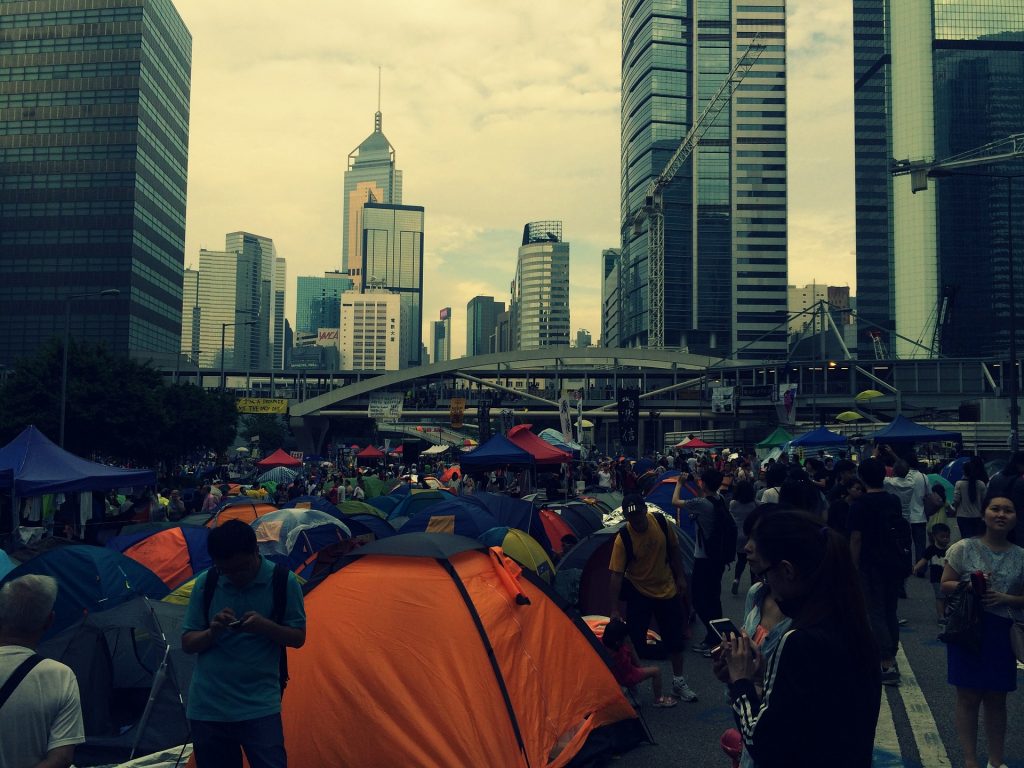 In February 2019, the Hong Kong government proposed new changes to its extradition law that would change the country’s security and judicial laws altogether. The new changes will allow people to be tried in mainland China for crimes committed in Hong Kong. This has caused multiple protests in Hong Kong.

Why People in Hong Kong Are Protesting

The cause of the uproar lies in the inequality between freedoms and liberties for citizens of China versus citizens of Hong Kong. On a late Sunday in March, people in Hong Kong began protesting against changes to Hong Kong’s current extradition law. What began as peaceful protests about 11 weeks ago, turned violent after many protesters clashed with police during one of the largest protests ever held in Hong Kong.

Due to the authorities’ violent response to the protesters, including the use of beanbags, tear gas and rubber bullets, the protests slowly turned into a movement against Hong Kong’s government as a whole. The indefinite suspension of the bill that began the protest movement just sparked more controversy, given that many are speculating that the chief executive, Ms. Lam, does not have the authority to formally withdraw the bill. As many as 2 million people walked the streets to show their displeasure with the government’s response.

As of yet, the protesters have five demands. They want the resignation of current chief executive Carrie Lam and to keep mainland Chinese tourists out of Hong Kong. They also demand the removal of the word “riot” to describe the demonstrations, the release of those that have been arrested during the protests and an investigation into the police and its alleged excessive use of force.

Relation Between Protests and Poverty in Hong Kong

These protests are likely to have detrimental impacts on the poor population. Approximately one in five Hong Kong residents live below the official poverty line. Many receive a monthly income of less than $700. Additionally, monthly rent currently makes up 70 percent of the median household income for half the population in Hong Kong. This further contributes to people’s economic demise while also allowing avenues such as illegal housing markets to open up.

The minimum wage in Hong Kong has not increased in the past several years. To make matters worse, the government began outsourcing jobs in 2002 as a way to downsize and reduce spending. However, the plan led to the development of a poor working class, which now must rely on social programs like the Low-Income Working Family Allowance (LIFA) scheme and the Comprehensive Social Security Assistance (CSSA) scheme. These schemes help families who cannot support themselves solely with their monthly wages.

As the situation further deteriorates in Hong Kong, the government will continue reducing expenditures. This will be more costly for those living below the poverty line as social programs are the first to be cut. The economy will worsen as tourism declines and the effects of the trade war with China fully sink in. In turn, this will leave approximately 1.38 million people without any form of government assistance.

For situations like this, it is important to have bills like the Global Fragility Act passed in Congress, since this bill would not only work towards preventing conflict from occurring but it would also address those regions that are more at risk of developing violent conflict.

Protests and poverty in Hong Kong are deeply intertwined. As the government cracks down, the poor will be the first to suffer. That is why it is important to urge Congress to take action and help those who need it the most. By contacting your representative in the Senate and encouraging them to pass the Global Fragility Act, also known as S.727, each person can be a part of the movement that is improving living conditions across the globe.