Tag Archive for: The Lost Decade 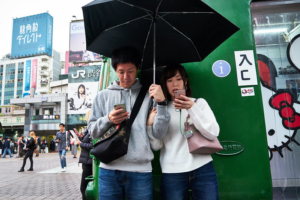 Although the Japanese economy is the third largest in the world according to its nominal GDP, its middle class has begun to contract. Unemployment and poverty resulting from COVID-19 revealed new patterns of decreasing consumerism and stagnant wages. While Japan’s middle class is slowly disappearing, there are a few solutions from both corporate policy and grassroots organizations that are attempting to alleviate poverty and reinvigorate citizens with low income.

In the 1980s, the once booming Japanese economy met economic stagnation during the 10 years known as the “Lost Decade,” spanning from 1990 to the early 2000s.

From 2020 to 2021, estimates stated that one in six people living in Japan lived in relative poverty. According to some workers, open work is scarce in the aftermath of the pandemic, and Japanese media seldom covers these stories of hardship. Notably, women, who often take retail jobs with temporary contracts to balance work with childcare, experienced economic hardship after most retail shut down during the pandemic. In early 2020, around 40% of the labor force took on “non-regular” jobs, which pay lower wages and often end in swift termination.

According to Oxford Economist Shigeto Nagai, a drop in consumer spending could follow the shrinking middle class. In 2020, after a steep increase in sales tax the year before, COVID-19 caused consumer spending to plummet further. Japan’s Ministry of Economy, Trade and Industry reported a 12.3% decline in retail consumption from 2019. More than 10 million Japanese citizens earn less than $19,000 per year, and having less disposable income exacerbates the issue of falling consumer spending.

A “life-time employment system” also contributes to the shrinking of Japan’s middle class. Companies value taking care of employees after retirement as well as seniority-based wages. This results in an emphasis on long-term company loyalty, and raises in wages are difficult to achieve. However, as previously mentioned, nearly half of the labor force participants work in non-regular jobs. This poses a significant problem to middle-class households in which stability is a necessity.

Established in 2000, the World Bank and the government of Japan conceived The Japan Social Development Fund (JSDF) to alleviate the effects of the Lost Decade. Since its founding, the government has provided approximately $855 million to support its projects. These projects aim to reach the population that often cannot access aid from charitable organizations, and intends to empower and protect impoverished communities. Similarly, small, grassroots organizations in Japan help alleviate poverty by providing support for their prefectures. For example, groups such as Food Bank Kochi and NPO Gift provide food and activities for communities that have become impoverished. The Kagoshima Volunteer Bank, which aims to teach and care for single-family households, provides educational services to communities.

In regards to the corporate world, economist Shigeto Nagai has suggested that start-ups in Japan will offer higher wages to new workers and recent graduates as compared to established corporations and that this type of shift in the labor sector could ultimately increase the economic flexibility of the middle class.