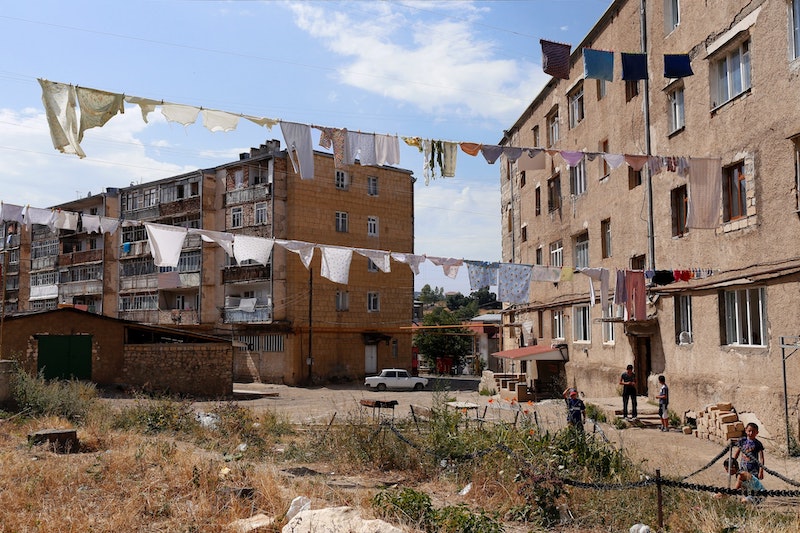 Since the start of the decade, three wars have come to an end following years of brutal conflict. With the conflict between Russia and Ukraine, oftentimes, flooding the news, it can be easy to forget about the positive side of international affairs. However, there have been several conflicts that have ended in recent years. The end of the war has allowed various countries to rebuild during their times of peace and focus on strengthening themselves internally. Here are some examples of recent ceasefires that are bringing peace to the world.

The war originally began in 1988 and ended in 1994 with a ceasefire; however, it did not lead to the signing of a peace treaty. The war resumed in 2020 for about a month and a half before Russia negotiated a ceasefire between Armenia and Azerbaijan. During the initial conflict, more than 600,000 people experienced displacement and the resumption of the war in 2020 displaced 75,000. Ultimately, Nagorno-Karabakh returned to being part of Azerbaijan.

Following the war, Azerbaijani families began to return to Nagorno-Karabakh. With its newly regained land, Azerbaijan has decided to take advantage of various technological advancements since the start of the original war. The village of Aghali, specifically, will be a testing ground of sorts for the country’s “smart villages concept.” This will allow displaced families to home to new houses with smart technology and improved rural lifestyles with the additions of digital connectivity and automation.

After earning its independence in 2011 and becoming the world’s youngest nation, South Sudan became entrenched in years of civil war. There were various factors behind the start of the war; but, much of it is due to the political rivalry between Salva Kiir and Riek Machar.

Similarly to the Nagorno-Karabakh conflict, both sides agreed to a ceasefire in 2018. Unfortunately, the ceasefire did not hold and fighting continued for two more years. It was not until 2020 that Kiir and Machar agreed on another ceasefire to officially end the war. There are currently about 2.3 million people that the conflict displaced.

While the war has left Sudan in ruins, many of its citizens have hope for the future. The first encouraging sign came when Kiir appointed Machar as the first vice president, signaling an effort to maintain peace. Additionally, South Sudan looks to improve its struggling education system. Just before the war, the Global Partnership for Education (GPE) received a grant of $36.1 million to implement its education plan. Despite the conflict, the funding was fairly successful and contributed to the construction of 25 primary schools and a strategy to increase gender equality. With the war over, the GPE has given South Sudan another grant of $35.7 million to build on the foundations that were set in the preceding years.

In 2011, Libya attempted to create a new, democratic government after the overthrowing of the previous leader, Muammar Gaddafi. What followed was a disagreement between two different government ideologies that escalated into a full-scale civil war. The war was mainly between the leader Government of National Accord (GNA), Fayez al-Sarraj, and rebel general Khalifa Haftar

This war in particular was the Second Libyan Civil War. The first took place in 2011 while the second ran from 2014 to 2020. Over the course of the war, more than 200,000 people experienced displacement and many more still require “humanitarian assistance.” After years of fighting, the two sides, eventually, came together and agreed to a “permanent cease-fire.” Many viewed this as a great accomplishment.

Shortly after the ceasefire agreement, Libya implemented a temporary joint government to avoid any clashes between the two opposing sides until proper elections can be implemented. Before the war, Libya included many unfinished buildings and projects that were on hold. Now, with the war officially over, several countries have taken interest in Libya’s reconstruction effort. Italy, in particular, would like to protect its interests in Libya’’s plentiful oil reserves. Italy also proposed the construction of a solar power plant in Libya.

While it can, sometimes, feel like the world is in a constant state of violence, these examples are proof that ceasefires are bringing peace to the world. Nations that have been fighting for years are burying the hatchet and transitioning into a new era of harmony. As their reconstruction efforts continue, many people can rest a bit easier knowing that the world is more peaceful than it once was.