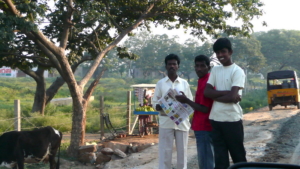 Between 2005 and 2006, there were 640 million people experiencing multidimensional poverty in India. Multidimensional poverty means the people are lacking more than just finances, they are also lacking clean water, electricity, access to healthcare and education. By 2017, that number had dropped to 365 million, a 271 million improvement. Massive strides have occurred in India to improve living conditions. In July 2019, 99.45% of the country had access to basic sanitation, compared to only 40% in previous years, this is all apart of the process to end poverty in India.

End Poverty in India is a non-governmental organization (NGO) that began in 2009 with the goal of reducing poverty in India. End Poverty currently focuses on helping uneducated girls, struggling women, small farmers, agricultural farmers without land and traditional craftsmen, among others. Currently, its work occurs in the states of Rajasthan, Haryana, Karnataka, Madhya Pradesh, Jharkhand and Delhi. The organization develops and implements self-sustaining programs to act as a catalyst for social impact. Its four main areas of program intervention are sustainable livelihood creation, girls’ education, rural development and civil society development.

End Poverty in India’s work is important and has helped significantly to reduce poverty, but it has more work to do. The organization hopes that its four programs will make a significant difference and provide individuals with the opportunity to live better lives.