Tag Archive for: The Jikokoa 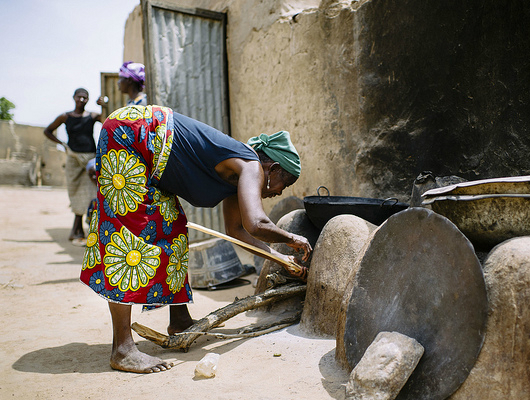 Cooking stove design studio and manufacturer BURN envisions a cleaner, healthier and more sustainable future for Africa with the help of an innovative cooking stove just larger than a soup pot. The Jikokoa, a modern design of East African jikos, reduces many negative impacts of traditional stoves and is 100 percent manufactured in Kenya.

Although significant progress has been made with high tech stove designs, successfully manufacturing, distributing and maintaining an affordable product is a challenge. In partnership with the Paradigm Project, a social enterprise that aims to leverage business for social good, and other investors, BURN developed a scalable business model with the Jikokoa, one of several cooking solutions from the U.S. based design studio.

Kenya and many other countries in Africa traditionally rely on a three-stone fire fueled with wood or charcoal. Since the 1990s, Africa has seen significant deforestation for fuel and charcoal production. Research by the Berkeley Air Monitoring Group confirmed the Jikokoa provides a 50 percent reduction in fuel use and a 37 percent reduction in CO concentrations.

Along with impacts on the greater African region, households using the Jikokoa cooking stove reported both time and monetary savings. Many women managing the fire and cooking spent less time gathering fuel. Household fuel costs also dropped due to the Jikokoa’s efficient use of biomass fuels allowing money to be reinvested into homes and farms.

Smoke inhalation from other cooking methods is a huge concern, especially for women and children. Without a change in household practices, it is estimated that by 2030 more people in Africa will die from smoke inhalation than by malaria and tuberculosis combined.

The $40 Jikokoa is designed to be affordable and durable. BURN also works to provide financing for users in developing areas. Typically, the Jikokoa pays for itself in two and a half months from money saved on fuel.

Other jikos are available at a lower initial cost but require more fuel, increasing the overall expense. Since beginning operations in Kenya in 2013, BURN has sold 100,000 Jikokoa cooking stoves in East Africa. The company aims to locally manufacture and sell 1 million stoves in the next decade.

BURN estimates over the next ten years, Jikokoa cooking stoves will eventually save 123 million trees, reduce carbon emissions and save families more than $1 billion in food costs.

However, the Jikokoa is only the first step. BURN plans to continue designing innovative cooking solutions and producing a line of clean-burning stoves that use a variety of sustainable fuels. Three of these new clean-burning products are scheduled to launch in 2016.