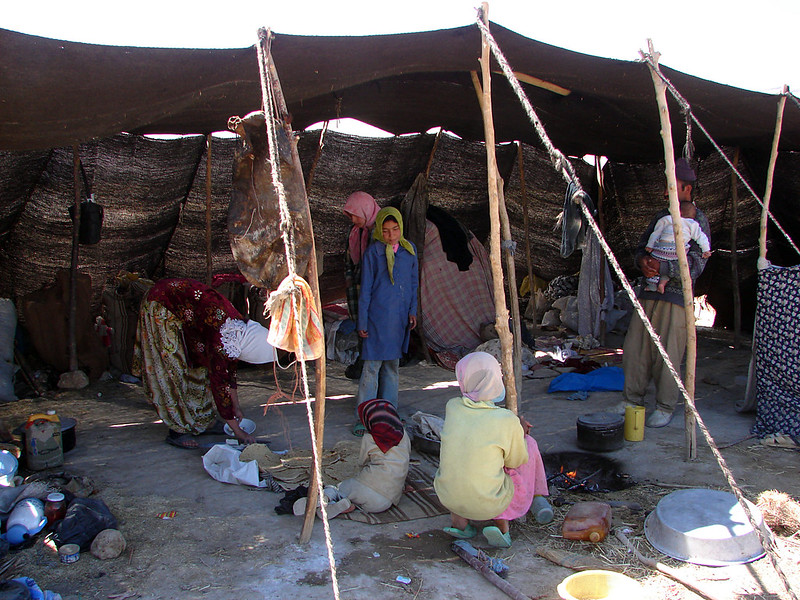 Iran faced an earthquake with a magnitude of 7.3 in 2017. This is one of the worst natural disasters Iran has faced. It shook the ground and caused catastrophic damage. Iran sits on major tectonic plates. As a result, earthquakes are common in this nation. Additionally, fault lines cover about 90% of Iran. These earthquakes cause damage to homes, outdoor markets, businesses and schools. Earthquake victims in Iran often face homelessness and hunger. Fortunately, the Iranian Red Crescent Society provides relief to people natural disasters and other life-threatening emergencies displace. Volunteers at the Iranian Red Crescent have provided aid for earthquake victims in Iran.

Iran established the Iranian Red Crescent in 1922. It was originally known as The Red Lion and Sun Society. However, its name changed after it received admittance to the Red Cross Society in 1923. The Iranian Red Crescent provides employees and volunteers with life-saving training to manage all medical emergencies. In addition, many people require medical help after a natural disaster. Falling debris, leaking gas lines and live wires are dangerous and can easily injure someone in emotional disarray.

One of the most recent earthquakes happened near the town of Sisaket in February 2021. It was a magnitude 5.6 earthquake that resulted in 30 people injured and damage to infrastructure.

The earthquake destroyed the majority of houses in Sisakht. Villagers were nervous about the next quake due to the frequent seismic activity. Most people remained outside for fear of aftershocks. Outdoors is the safest place to be after or during an earthquake. The damage to Sisakht caused major power outages and damage to villages.

On the eve of February 17, 2021, The Iranian Red Crescent dispatched teams from Fars and Isfahan into the city of Sisakht. These teams assisted in providing materials such as blankets, tents, water and food. The organization placed six additional teams on standby in case further help was necessary. Furthermore, it sent three trucks of essential supplies to these outer regions.

It set up about 60 tents as emergency shelters. The tents provide privacy to families and individuals as the city rebuilds from this natural disaster. Additionally, the age of the pandemic has made sanitation a necessity. All Iranian Red Crescent workers wear masks to protect others and themselves from the COVID-19 virus. Furthermore, the support that The Iranian Red Crescent gave provides people with peace of mind that even in the worst times they are not alone.

In late 2019, a 7.3 magnitude earthquake shook the city of Kermanshah. This earthquake caused mass damage and resulted in 620 deaths. The devastation of this quake prompted earthquake safety training to go to schools. The Iranian Red Crescent participated in teaching children the importance of escaping danger, digging out of rubble and taking the injured to safe places. Additionally, more than 14,000 students in more than 110 schools received quake and safety exercises.

The Iranian Red Crescent deploys helps to ensure the safety and well-being of the people of Iran. While Iranians continue to face natural disasters, earthquake victims in Iran are more equipped to handle the situation now.