Tourism has been a fundamental component of the African economy for years, with many countries depending on the industry as a primary source of revenue. In addition to supporting the economy directly through foreign currency, tourism in Africa has become a reliable source of income for many locals. Some of these individuals work as tour guides, while others own tourism-dependent businesses like hotels and cultural craft shops. As a result of the COVID-19 pandemic, the tourism industry has changed dramatically over the past year.

The World Bank reported that, in 2012, tourism in Sub-Saharan Africa (SSA) contributed $36 billion to the region’s GDP. The report also indicated that many countries in SSA were still working to develop their tourism facilities. Since 2012, these countries have improved security and provided better quality resources to attract tourists and tourism investors. However, COVID-19 disturbed this progress. Many countries established touristic travel bans to fight the pandemic, and many visitor attractions had to close. In total, the World Travel and Tourism Council has predicted that Africa’s resulting GDP loss could be $52.8 billion.

COVID-19 terminated many jobs, including tourism-related occupations like travel agencies and small businesses. The World Bank has reported that “one in twenty jobs in SSA is in travel and tourism.” According to a recent study from the African Union, an estimate of 2 million jobs directly or indirectly related to travel and tourism will disappear during the pandemic. These losses will affect all citizens in this region. For example, consumers will experience increased prices on commodities and higher taxes to compensate for the loss of tourism revenue.

However, countries typically reliant on tourism for economic stability are finding creative ways to adapt to the changes.

Many countries had no choice but to close borders in order to control the entrance and spread of COVID-19. Various policies implemented now encourage people to observe social distancing and wear masks in public places. To promote the industry amidst these new safety guidelines, the U.N. reported that Kenya and Zambia encouraged domestic tourism in the absence of foreign visitors. South Africa has donated approximately $11 million in relief aid to eligible tourism-related businesses, and the International Trade Centre reported that young Gambians who worked in community tourism became “COVID-19 first responders to awareness and prevention.”

These initiatives have helped people gain some income and retain access to basic needs. Additionally, countries have been conducting virtual tours in parks to continue engaging international tourists and increase chances of visitation following the pandemic. BBC reported that Kenya, Seychelles and Rwanda would open in August 2020 for international travelers; however, tourists would have to undergo different procedures to gain safe access to hotels and touristic sites.

Many African countries greatly profit from the tourism industry. This industry has been rapidly growing in Africa. In fact, the continent expected a consistent increase in the number of incoming international visitors over the next several years. However, in response to the recent surge of COVID-19, the continent is adapting to creatively compensate for these changes and continue protecting citizens’ health and safety. 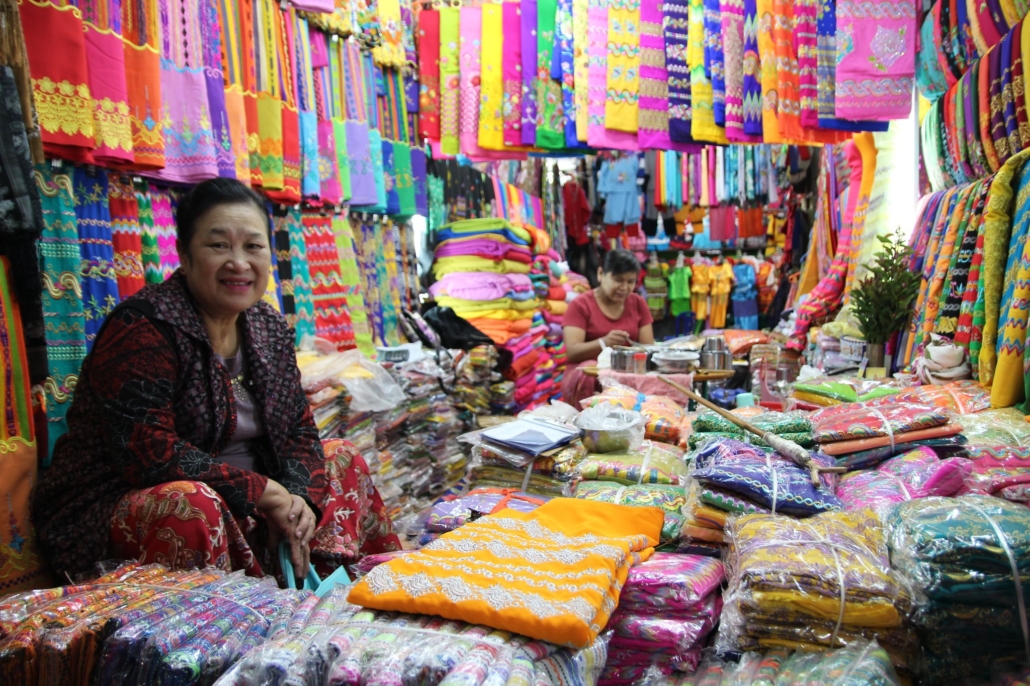 Tourism in Myanmar has become a concern following the recent Rohingya crisis. Tourists and tourism organizations are debating whether it is safe or ethical to travel to the nation. But beyond the political issues, it is clear that tourism can benefit Myanmar‘s communities. In order to ensure tourism will have a direct, positive impact on the people of Myanmar, it is crucial for the tourism industry to employ local Burmese. Additionally, tourists can educate themselves about what they can do to help improve the livelihoods people in the regions they are traveling to.

While many have considered a boycott of Myanmar due to the state’s violence toward the Rohingya, the benefits of tourism for local communities are too important to lose. Liddy Pleasant, the managing director of Stubborn Mule Travel, says avoiding tourist travel to Myanmar would have a “profound impact on local people.”

As the problem itself is political, a boycott of tourism to Myanmar would likely only hurt local populations without affecting the country’s leadership. Furthermore, many primary tourist sites are located far from the areas where the persecutions of Rohingya are happening, meaning the tourism economy does not support these efforts. It also means that tourists should not feel unsafe traveling to Myanmar.

Currently, most tourism in Myanmar is to six main regions: Bagan, Inle Lake, Yangon, Mandalay, Kyaikhto and Ngapali Beach. According to the International Trade Centre, expanding tourism to other regions of the nation could help those areas benefit economically. One target area is Kayah, a state in eastern Myanmar. As one of the poorest states in the country, ITC started working on increasing tourism in Kayah with the Ministry of Hotels and Tourism, Union of Myanmar Travel Association, Myanmar Ministry of Commerce and Myanmar Tourism Marketing in 2014.

In building the tourism industry in Kayah, the main goal is to enrich local people and businesses. Working with a variety of Kayah’s residents — including the youth, the elderly and people from various ethnic backgrounds — companies have started offering cultural tours. The Kayah tourism sector primarily employs local residents as guides for cultural tourism. In particular, these companies offer opportunities for ethnic minorities, many of whom have recently returned to the country after being displaced.

Overall, the work in Kayah provides a model for how all tourism in Myanmar should develop, focusing on providing job opportunities, particularly in low-income areas. The project has had success in growing tourism to the region, with tourism increasing by 140 percent between 2014 and 2016. As the tourism sector in Kayah continues to grow, perhaps companies can extend similar efforts to other parts of Myanmar, thereby benefiting impoverished Burmese.

Ideally, all tourism sites would have a positive impact on the local population. Therefore, tourists need to make the effort to educate themselves on the areas they are traveling to if they want to support local communities and businesses.

One consideration is respect for the culture. Due to religious beliefs, men and women should dress appropriately while in Myanmar. This generally involves wearing pants and covering the shoulders and upper arms. It is also important to communicate with locals, asking them questions about their culture and trying to learn about their way of life.

If there are concerns about financially contributing to the government of Myanmar, the solution is to go local by shopping at markets, eating in local restaurants, hiring local tour guides and purchasing craft products made by local Burmese. This is the primary way that local communities benefit from tourism and can have a direct impact on the livelihoods of people tourists come into contact with.

Tourists should also take care not to contribute to the abundance of waste Littering is a huge problem caused by tourism in Myanmar. Garbage builds up on riverbanks, turning them into landfill sites. The nation is currently struggling to keep up with waste disposal. In general, minimize waste. In some cases, it may be better to take items back home with you and dispose of them safely.

Overall, the tourism sector in Myanmar needs to continue so the people of the country can economically benefit. Meanwhile, tourists can educate themselves about the political situation in Myanmar and decide for themselves whether they feel it is right to travel there. If they do, it is important to focus on supporting local communities and businesses to positively impact the livelihoods of many.