Tag Archive for: The Integritas Program 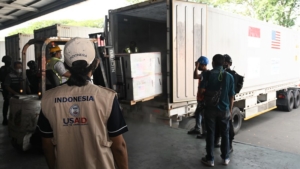 The United States Agency for International Development (USAID) and the Indonesian government recently announced the Indonesia Integrity Initiative (Integritas). Integritas is a program that seeks to prevent corruption in Indonesia. Despite the great political transformation Indonesia has undergone over the past 20 years, corruption remains a stubborn holdover from the previous authoritarian regime. Moreover, corruption in Indonesia permeates both the public and private sectors. It promotes negative outcomes in both governance and business. With an eye toward increased civic engagement, Integritas represents a new way of addressing the issue.

Suharto’s behavior set the standard for graft and abuse of public resources by officials for decades. In 2019, a member of parliament running for reelection had more than 400,000 envelopes in his basement meant for voter bribes. In 2021, a former maritime affairs and fisheries minister was found guilty of accepting bribes in a livestock smuggling scandal.

Prevalent corruption impedes economic growth by fueling inefficiencies in resource management. It also distorts economic incentives meant to encourage growth. This is partially why the Indonesian economy has made slow progress over the last few years. In turn, this slow progress leaves many without formal employment. Those who take up informal positions in rural areas often receive pay below the regional minimum wage. That, in turn, keeps many in poverty, and seeing this poverty, candidates seeking office bribe voters with money and food, including sugar and rice. Of course, this further exacerbates the problem once the candidates take office. Clearly, a necessary step in addressing corruption in Indonesia is changing the culture around it.

The Integritas program looks to address corruption by promoting civic engagement and integrity in business and government sectors. The goal is to aid local civil society in identifying systemic corruption vulnerabilities and conflicts of interests that promote them. This strategy marks a shift from corruption prosecution to prevention. If successful, citizens will become more aware of anti-corruption programs, adopt attitudes that promote shunning of corrupt practices and will provide much-needed oversight in public and private sectors.

USAID cooperated with the Indonesian government to align Integritas with national development goals on growth and stability. This makes anti-corruption efforts a high priority alongside economic and development initiatives. The Partnership for Governance Reform (Kemitraan), a local NGO, will be implementing this $9.9 million program over the next five years.

With corruption present in most levels of society, many Indonesian citizens have grown accustomed to these dishonest practices and even encourage certain forms of it, such as voter payoffs. These practices have negatively impacted economic growth and hurt those who struggle to find fair employment. The Integritas program will help address this issue and, if successful, should promote a culture that makes it hard for corruption in Indonesia to thrive.