Tag Archive for: The Impact of Agricultural Development on Poverty 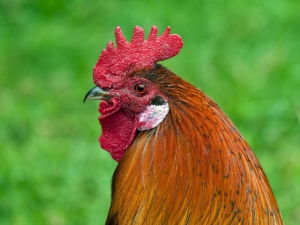 The Bill & Melinda Gates Foundation has funded billions in research and grants in support of agricultural development. The vast majority of funds have gone towards making staple crops more resilient, farmers’ education on irrigation and techniques on pest or disease control.

The foundation stands by the idea that livestock offers the chance to improve both income and nutrition for those in poverty or extreme poverty. It also increases the livelihood of women in particular who stand to be the largest group overwhelmed by extreme poverty. Africa, in particular, is the continent with the highest probability in the agricultural sector. In Eastern Africa, more than 70 percent of individuals rely on small farms for both income and sustainment.

In a partnership with Heifer International, Bill and Melinda Gates donated 100,000 chickens to sub-Saharan African families, which helped to create a sustainable poultry market in the region. The science behind the donation is evident in the $300 yearly income increase that families who received a chicken saw. This furthers the effort to provide vaccinated chickens suitable to the area and its conditions. The goal is to provide 30 percent of families in the region with vaccinated poultry.

Heifer International and the Gates Foundation have been collaborating for nearly a decade now. Together, they made their first joint investment of $42.8 million an effort to double the income of East African farmers through dairy farming within the span of a decade. The history of both organizations in the region has seen actionable agricultural development from previous successes.

When someone in poverty makes just $700 a year, $300 can make a remarkable difference and continue to improve their lives through targeted investments. With the donation of 100,000 chickens, around 2,500 families will be getting groups of 40 vaccinated poultry. By keeping chickens for over a year, many will benefit from eating eggs, which provide much-needed nutrients and protein. Furthermore, farmers can sell their chickens after only six weeks of breeding.

Once again, the Gates Foundation is providing the capital necessary to give projects that may never get off the ground the chance to see their impact on individuals living on less than $2 a day. Within the next year, we will see the Gates Foundation’s impact on 2,500 farmers’ lives as well as the marker of 30 percent of the poultry market being appropriately vaccinated for the region. Projects like these show the impact agricultural development can have on poverty.